WORDS can be difficult, especially if you didn’t go to Cambridge like I did. Here’s my explanation of words people don’t understand, but I do.

Most people, aside from me, think misogyny means hatred or prejudice towards women. However, it actually means towards women AND men. Poor men, they get such a hard time. Sod women. And yes, that is official government policy.

There’s a general consensus that a port, such as the one in Dover, is where trade takes place and is important for Brexit, something I was once secretary of. That is wrong. Port is actually a drink, idiots. One that I enjoyed sipping in the Commons bar with Boris, before he stopped talking to me.

You might have got the impression that a beach is a place where people lounge around in the sun drinking cocktails while Afghanistan falls to the Taliban. Well, it’s not. It’s actually a kind of sandy office, where ministers do their important jobs that they’ve inexplicably got despite being shit at everything.

Does cashflow mean your much-needed income? Or is it a harmless, temporary thing where people briefly are a bit short of money and have to rely on a food bank? Obviously it’s the latter, which is why I said people using them just have ‘episodic cashflow problems’. No one ever died from skipping the odd meal or never turning the heating on, probably.

This is technically two words but try to keep up with me. People, like lawyers and other criminals, say human rights are something everyone is entitled to. This is simply not true because human rights don’t exist. Well, they won’t when I’m done with them. Forget this phrase now. It’s nonsense.

Build back bollocks: Six other alliterative slogans the fat prick could have used 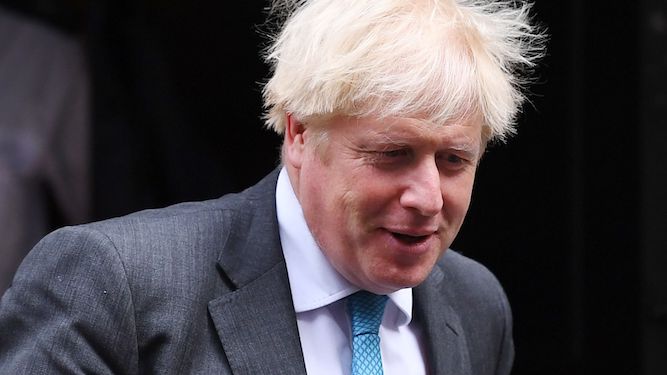 A BORED Boris Johnson told Britain to ‘build back beaver’ and ‘build back burger’ for shits and giggles yesterday. What else could the verbose bastard have said?

“And as I survey this wonderful coagulation of Conservatives that surely represents the country as a whole, I am reminded of our pledge: build back bollocks. Like every bit of nonsense I come out with, it is nothing but busked, blathering, bollocks.”

“Like Churchill and Chaucer, I believe British biscuits are world-beaters. From the blushing Bourbon to the meek malted milk, they shall be the springboard of our economic recovery. So I say: build back biscuits.”

“As Britain teeters on the precipice of rocketing and rollicking resplendence, that I think more than ever we are in need of Page 3’s bright-eyed, bushy-tailed busty lovelies each morning. Yes, build back big boobs. Our tits are already bigger and bouncier than any of our European competitors.”

“I am a Conservative for it is, as Pitt the Younger said, God’s party. But at the same time I am totally inconsistent and will do anything for a positive headline or to cling to power. So we are now the anti-business, anti-free trade, big-spending party. Or as I call it: Build back Bolshevism.”

“As the cartwheeling cockatrice of the common man, I believe the British builder is the backbone of our brilliance. And builders cannot function without a large mug of stewed tea, four sugars, and full-fat milk. We must build back builders’ tea, although I wouldn’t be caught dead drinking it.”

Build back Bond, Billy Liar and Bend It Like Beckham