Child who wanted pet given fish instead

A FOUR-YEAR-OLD who wanted a pet has been bought a goldfish as a stop-gap measure.

Tom Logan had pestered his parents for months before being fobbed off with the fish, which is like a real pet but guaranteed not to last as long.

Father Simon Logan said: “He’s four. I’m not spending the next two years looking after a rabbit he got bored of in the first two weeks.

“This way he gets to see what it’s like to have a pet, sort of, and we don’t have to worry about it escaping or biting or any of that. It’s like a trial period.

“If he stays interested in it for a few months – presuming we’re still with the original fish by that stage, which is unlikely – then we’ll get a rabbit or whatever.

“But chances are about the fourth time we find it floating in the tank he won’t even notice it’s gone, I’ll stick the empty tank in the garage.”

He added: “He’s called it Fishy Fishy Twillywoo. That pretty much proves my point.”

Beautiful pair of high heels to be stuffed in handbag by 8.30pm 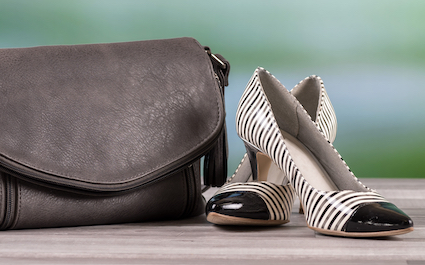 A STUNNING pair of designer heels will be too unbearable to wear an hour into a night out, their owner has confirmed.

The handmade point-toe six-inch stilettos, which cost so much that Nikki Hollis has had to switch the cat to dry food only, are exquisite and entirely unsuited to being worn on the feet.

Hollis said: “They’re so pretty. I feel like Cinderella. Don’t look at the way my toes are bent over each other. I can’t feel all of them.

“Honestly they’re so comfy – as long as I don’t try to stand up at any point and remember to reapply my blister plaster. But that’s fine, loads of people come to nightclubs for a lovely sit.”

Hollis removed the shoes after her second drink, claiming they were ‘too special’ to risk wearing out and she ‘didn’t want to ruin them.’

She added: “I just like the feel of the city streets beneath my bare feet as I wait for an Uber. Also I don’t want them looking too bloodstained in pride of place on the shoe rack.”