Child wondering exactly when his father is going to grow up

A CHILD has expressed genuine interest in when his father is likely to start acting like a proper adult.

Nine-year-old Nathan Muir has observed his father David for the last two years, focusing on his eating habits, leisure activities and social interaction.

He said: “I can at least make my own breakfast, but he still has all of his meals prepared for him. It’s usually some form of nugget.

“He spends far more time on the PlayStation than I do. Apart from that, he just sits there texting his ‘mates’, posting pathetic crap on social media and moaning about how long it is until dinner time.”

Nathan revealed he had discussed his father’s behaviour with his mother and she confirmed that her greatest achievement in life will be to ensure her son does not turn out like that.

He added: “I look at him and think, ‘being a grown up must be tough’. And so that must be the reason he’s choosing not to do it.” 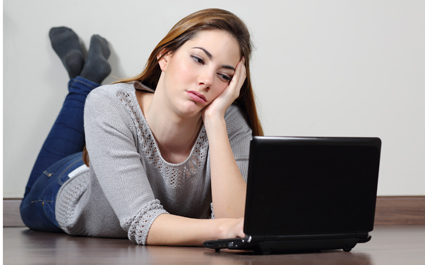 FACEBOOK users will soon be able to tell when people are pretending not to have seen their posts.

Users will received an ‘Ignored By’ alert when someone scrolls quickly past their updates, or avoids clicking on a message despite having clearly seen it.

Facebook CEO Mark Zuckerberg said: “The truth will probably hurt, but Facebook has long been dedicated to making you feel socially inadequate.

“Your friends are not too busy, they just don’t want to have to think about you right now.”

Mary Fisher, from Nottingham, said: “I maintain healthy relationships with my Facebook friends by ignoring 90 per cent of what they say and do.

“If people ask me if I saw their message, I usually just say, ‘no, sorry, I don’t really use Facebook that much,’ even if I’ve been refreshing it 12 times an hour.

“My mother thinks I log in once a fortnight to ask her opinions about baking. Now she’ll know I’ve cold-shouldered everything she’s ever posted about Jason Donovan.”

Fisher’s mother Alice said: “I’ll have to start feigning enthusiasm when Mary uploads a lot of arty photos from her expensive camera. That’s hard because they look as if they were taken by an animal.”