Cost of living not worth it

THE amount it costs to be alive in Britain in 2022 does not offer value for money, it has been confirmed.

With the price of food, rent and utilities continuing to go through the roof, people in the UK have realised the cost of living does not provide a good return on investment and they should no longer bother.

Tom Logan from Peterborough said: “If you were forking out a fortune for such a shit experience in any other financial transaction you’d ask to see the manager for a refund. And you’d deserve it.

“But I can’t even tag anyone to publicly shame them on Twitter because the cost of living crisis is complex and nebulous and indicative of the inherent flaws of late-stage capitalism. Which is annoying.”

Nikki Hollis from Doncaster said: “Energy bills going up by 65 per cent? F**k that. I’ll just carry on paying the old prices, which were still ridiculous but much fairer in comparison.

“Then when all my money runs out I’ll neatly tuck myself under a bridge and slowly die. Being dead doesn’t cost a penny and you get to do it forever, which is a really good deal if you ask me.”

Who is the wokest right-wing fascist bastard in the leadership race? Our analysis 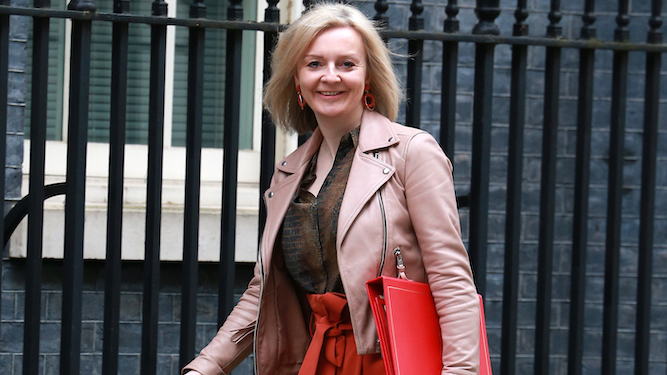 THE Tory leadership race has come down to a single issue: which extreme right-winger is the wokest? We analyse those left:

The people’s favourite has recanted her on-record trans debate wokery and apologised to the people of Britain for ever harbouring feelings of compassion to others in her heart, but is she lying? Will she unleash a despotic rainbow-flagged regime of social justice? Can we take that risk?

Begins every statement with an impassioned condemnation of wokeness. Hates wokeness with every fibre of her being. Is undoubtedly the anti-wokeness candidate. But is also a black woman, like Michelle Obama and Kamala Harris, the demographic liberals believe is wokest of all. Is it all just a front?

The moderate in the competition, which is to say he’s as woke as f**k. Has made no openly woke pronouncements, but at this stage in the polarisation you’re either hard-right or part of the Wokerati, and Tom’s made his choice. Two months of his government and all white indigenous Britons would be deported.

As a millionaire with a billionaire wife, regularly meets others at secret social justice summits planning how to impose a New Woke World Order on the entire planet. Becoming prime minister is merely the first step on the road to a nightmare future where all races and sexualities live in utopian harmony or are shot.

Enigmatic Truss’s Mona Lisa smile conceals not a vapid void who demands to be elected because it is her turn, but one of the most wild-eyed woke warriors the world has ever seen. Would make being transgender mandatory, dissolve national borders and punish racist microagressions with torture and public burning like a real-life Twitter.

Woke rating: off the f**king scale