Couple believe they are totally unlike other couples

A NEW couple have congratulated themselves on having a totally unique bond that is quite unlike any relationship that has previously existed.

Nikki Hollis and Julian Cook, who met two and a half months ago on a popular dating website, have been delighted to discover that their partnership is in a different league to all others.

Cook said: “We have such incredible trust and communication, it makes me sad for our friends and their messed-up relationships.

“And we have so much fun together – but not in an annoying, inside-joke way, like other people. She does this hilarious voice where…well, you’d have to be there to get it.”

Hollis confirmed that although the pair are already spending an increasing amount of time watching box sets and eating takeaway food, they’re doing it to develop their one-of-a-kind love affair, rather than lazing around and wasting time like other couples.

She added: “We have an amazing sex life and that definitely won’t deteriorate and become a bit routine.”

Friends predict that within a year the pair will either have broken up or begun planning a ‘unique’ wedding involving yurts.

EDL quietly goes back to being a carp fishing syndicate 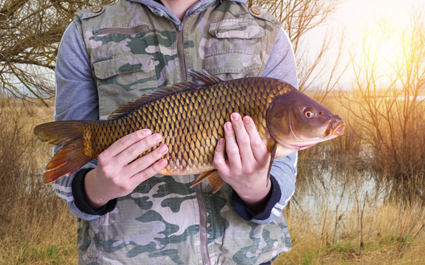 THE English Defence League has quit campaigning and returned to its roots as a carp fishing syndicate.

Following a demonstration in Birmingham that just resulted in everyone taking the piss out of it, the EDL has rented a depressing man-made lake in a disused quarry and stocked it with tired old carp.

A spokesman said: “We met through the carp fishing scene, back when we were just a group of self-hating men drinking warm beer in fold-up chairs.

“It was fucking miserable and soon we were looking for someone to blame for our shit lives. That’s kind of how the EDL started.

“We thought it would make people think we were hard, to respect and fear us. To be honest though, it’s been an utterly miserable experience.

“So it’s back to the fishing – catch carp, look at carp, put carp back. It’s the best we can hope for.”

He added: “We’re still called the EDL but now it stands for Everyweek Down Lakeside.”