Man with wife and kids has photo of dog as screensaver

A MAN with a wife and children has chosen a photo of his beloved dog for his phone screensaver.

Stephen Malley momentarily considered having a photo of his spouse and three children on his phone but ultimately decided that seeing his golden retriever, Jimmy, would be more reassuring.

Malley said: “He never moans, he never has homework I have to pretend I can do, and he’s the only one who actually respects me.

“Seeing his mostly expressionless dog face on my phone is a constant source of solace and in the middle of a stressful day at the office, he reminds me why I put myself through it.

“Some people even say he looks a bit like me, which is nice”.

Malley’s wife Liz said: “We all went to Lanzarote last year and I made Stephen take a photo of me and the kids jumping into the air on top of a volcano.

“Steve had it as the screensaver on his laptop for about three days before secretly changing it to a picture of the dog sniffing a pile of leaves.”

Little piggy who stayed at home has benefits stopped 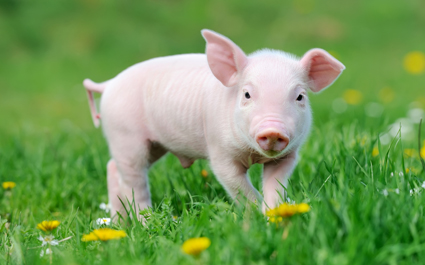 THE little piggy who stayed at home has had his Universal Credit benefits stopped, it has been confirmed.

Piglet Bill McKay had his payments sanctioned after Job Centre Plus staff said he didn’t even make it to the market to look for work.

McKay said: “They said my non-attendance at the market was proof that I wasn’t serious about finding employment. But I am, it’s just that there is very little work going at the minute for juvenile pigs.

“I’m applying for 40 jobs a week so I don’t know what else I can do. I certainly won’t be having roast beef next week, that’s for sure.”

Hayes said: “They want to show that although I’m a big bad wolf, I still have a warm, human side. Just because some pigs get in debt, I don’t take any enjoyment from blowing their houses down.

“Usually I just go round and have a chat with them over a cup of tea. Then I blow their house down.”