Humanity a bit concerned that its leaders are completely insane

THE human race has expressed concern that everyone in charge appears to be utterly demented.

Following recent headlines, many human beings have been wondering why sane people aren’t in charge.

Homo sapiens Roy Hobbs said: “I feel like, overall, most people aren’t insane but the people in charge are, so maybe we need to look at that.

“If you consider the advances our species has made in things like medicine, art and quantum science, you’d think we could find some quality people to run the show. We need to have a meeting about this otherwise bad stuff could happen.

“I suggest we get rid of these shark-eyed god-emperors and maybe just let Tom Hanks run everything, perhaps with help from some kind old ladies and dolphins.”

Mother-of-two Susan Traherne said: “Trump and Putin are obviously insane, Kim Jong-un is deeply unwell and I’m fairly sure Boris Johnson has some secret perversions we don’t know about to go with his more obvious flaws.

“I think when we’re choosing leaders we should put ‘not insane’ as one of the top criteria, definitely above ‘says threatening things in a funny way’ and ‘cool eyebrows’.”

Facebook refusing to offer relationship status of 'married to the sea' 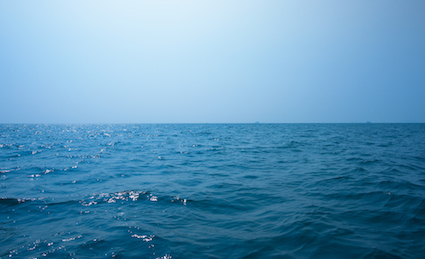 FACEBOOK is still refusing to offer its users the relationship status of being ‘married to the sea’, it has been confirmed.

The social network continues to offer only ‘Single’, ‘In a relationship’, ‘Married’ or ‘It’s Complicated’, ignoring many of society’s more accurate relationship descriptions.

Campaigner Mary Fisher said: “Along with being ‘married to the sea’, Facebook isn’t offering, ‘Bride of Christ’, ‘Bride of Frankenstein’, ‘Sham marriage for the sake of my political career’, ‘married to the bottle’ or ‘in love with someone who thinks I died in a freak canoeing accident some years ago’.

“This needs to change.”

Facebook user, Nikki Hollis, added: “I’m married but I also occasionally have sex with my sister in law. Why don’t I get a status for that?

“Though, in fairness, that’s probably covered by ‘It’s Complicated’.”

Fellow Facebook user, Nathan Muir, said: “I know that being married to three badgers is not ‘legal’, but that is who I am.”