BRITAIN’S dads are constantly doing unnecessary things to their cars, it has emerged.

Family members reported dads engaged in futile car activities such as opening the bonnet, looking intently at the engine for several minutes and then closing it without doing anything.

Sixth-former Nikki Hollis said: “My dad always sits in the drive for five minutes ‘warming up’ the engine before we go anywhere. I’m pretty sure you only need to do that with a WW1 tank, not a Ford Focus.

“I’ve also seen him turning the hazard warning lights on and off in the garage and repeatedly opening and closing the dashboard coin tray. I think he might be pretending to be a pilot getting ready for takeoff.”

Office manager Roy Hobbs said: “I feel a strong masculine bond with my Renault Megane, but since I know nothing about car maintenance I have to make do with taking the spare wheel out and ‘checking’ it.

“My family thinks the car is just a mid-price runaround, but to me it’s a theatre of dreams where I’m a man’s man like Steve McQueen or James May.

“If we drove off a bridge into a river they’d thank me for regularly testing the electric windows. Although in my fantasies it’s not my family in the car, it’s Susanna Reid.” 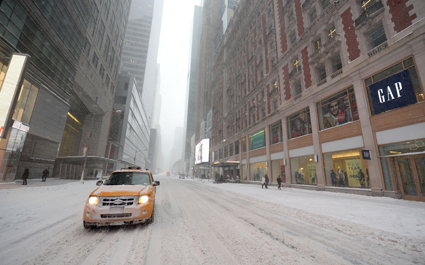 DONALD Trump has praised the stunning beauty of a snowy, all-white New York.

Trump said: “Other colours are fine in the right context but I just believe white is perfect. It is virginal, untainted and bursting with wholesome aspiration.

“American children can play happily in white snow but not snow that is brown or streaked with yellow, and I think that says a lot.”

However New Yorker Martin Bishop said: “If it wasn’t for my Muslim neighbour lending me a shovel, I wouldn’t have been able to make it the end of my driveway for my daily scream into the void.”