Drug Anecdotes To Be Criminalised

SHARING interminable, exaggerated anecdotes about drug experiences should be a criminal offence, it was claimed last night.

Campaigners want to de-legalise a range of class A and B drug tales including ‘The time we gave a horse/a cow/a toad a line of coke’, ‘How I came to neck the pills that are stronger than the world’s strongest pills’ and ‘How I came  back from Thailand with a Toblerone made of pure MDMA shoved up my anus’.

Tom Logan, director of anti-drug tale charity Just Say Shut Up, said: “These modern myths are invariably inflicted by some twat who insists on being referred to by his first initial and believes Howard Marks to be a literary genius.

“The average drug tale lasts half a day, depending on the number of dramatic pauses. It burgles your brain, steals your time and should be punishable with the lash.

“I’m not sure prison is the right solution, because they’d only leave armed with more drug anecdotes and some bullshit about how they became leader of a black biker gang.

“Instead they should be force-fed recreational pharmaceuticals and made to listen to the most anodyne Groove Armada tracks until they have clawed out their own eyes and eaten them.”

Roy Hobbs, who prefers to be known as ‘Jezz with two Zeds’, said: “This is just another example of the fascist state oppressing the modern-day shamen.

“Anyway, as I was saying, I’m in Bucharest with Pezz and Mezz. We’d popped some Chinese spangles and we’re wandering along this crazy little street filled with these amazing doors when we meet a man who wants to show us the biggest bong in the world…”

Logan added: “On second thoughts, how does one put together a firing squad?”

Councillor Suspended For Branding Earth 'Round' 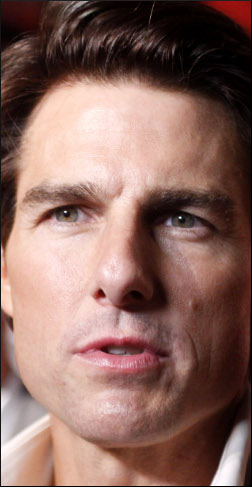 A CARDIFF councillor has been suspended after claiming the Earth is round and orbits the sun.

More than 200 Flat Earthologists complained after Cllr John Dixon posted a Twitter message referring to the Earth as a ‘globe’.

A council spokesman said: “Staff have a responsibility to respect the beliefs of others, no matter how scrotum-tighteningly idiotic they may appear to anyone with the cognitive ability to actually get to the end of this sentence. Well done.”

He added: “We have a very clear policy on tolerance and inclusivity, which we’ve had translated into dozens of languages as well as having it carved into enormous stone monoliths for the local druids. That cost an absolute fortune, by the way.”

Employee numbers have dwindled at the authority since January, when it agreed to allow registered Vikings to kidnap female employees out of respect for Norse mythology.

Meanwhile followers of the Persian deity Mithras have won a tribunal giving them the right to slaughter a bull in the canteen every Monday lunchtime.

Wayne Hayes, a Level 19 Flat Earthologist from East Grinstead, said: “Dixon’s remarks are just typical of the prejudice we face on a daily basis just because we refuse to bow down to the dogma of scientific proof.

“He should be fed to the Great Salamander of Xenu or at the very least taken to the edge of the world and pushed off.