ANYONE considering getting a car now has to pay the DVLA from the moment it crosses their mind.

The vehicle agency, which recently made car tax non-transferable because it can, has warned that even non-driving Britons could be liable for car thought crime.

Teaching assistant Norman Steele said: “I got a moody letter and a £1200 fine dating back to when I bookmarked a Fiat Punto on a car website last April.

“I explained that I had gone off the idea since then but the monotone-voiced man at the DVLA said they had looked into my subconscious and on some level I still wanted it.

“I said that was nonsense but he replied ‘we have access to everything in your brain, including what you did in Prague in 2004’. I can’t say what that is but it’s bad shit that nobody knows about.”

“Otherwise you will go to a special prison full of large bold rats that will get on your face.” 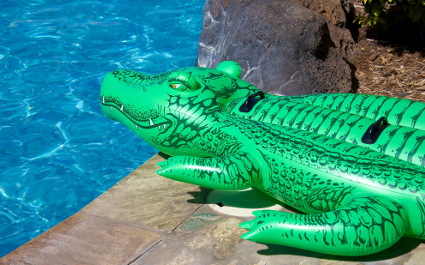 THE University of Bedfordshire has sent a team to compete against Oxford and Cambridge in tomorrow’s 161st boat race.

The race will feature three teams for the first time since its inception in 1829 after a battered mini-bus pulled up at the start line, unloading students who asked for ten minutes to blow their dinghy up.

Cambridge cox Denys Finch-Hatton said: “We couldn’t just turn our guests away, but we do have major concerns over their readiness for the event.

“Their boat, which is an eight-foot three-seater inflatable crocodile, doesn’t have room for the entire team, let alone all that cheap cider.

“They only have one oar, which is currently being used to dig a barbecue pit on the banks of the Tideway, and they snigger every time anyone says ‘cox’.”