ED MILIBAND’S former girlfriends are the key issue swaying floating voters in the general election. But who are the ex-lovers of this goggle-eyed North London pervert?

STEPHANIE FLANDERS, a Newsnight editor whose family owns the Flanders fields in Belgium where British soldiers were killed in World War One. Stephanie’s family collected a royalty for each death which she and Ed used to spend on expensive meals in Islington.

NIKKI HOLLIS, the dirty bike of Haverstock Comprehensive who would do it with anyone. According to friends, Ed hypocritically ditched his socialist principles by trading cigarettes for a hand-job.

EDWINA CURRIE, irresistible siren of Westminster who seduced Ed in the Strangers’ Bar using lines from The Graduate.

EMMELINE PANKHURST, dangerous Northern leftist who believed in the use of violence to subvert the democratic process.

LOUISE MILIBAND, wife of his brother David. Ed arranged for his brother to burst in on the two of them in flagrante on the very day Ed won the Labour leadership ballot, in a calculated double betrayal that would leave his hated brother a broken man.

SCARLETT JOHANSSON, who Ed callously led to believe he had fallen for, slept with and then left without ever calling back.

EUROPE, who Ed is deeply in love with and lavishes with expensive gifts, promising that she will one day have Britain as her plaything. 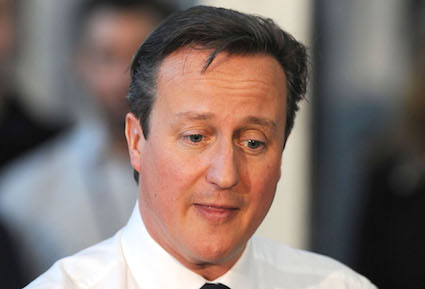 DAVID Cameron is finally realising he only became prime minister because Britain could not stand another second of Gordon Brown.

With three polls showing Labour in the lead, Cameron has accepted he has no political appeal other than coinciding accidentally with the strange, brooding Scotsman.

A Tory source said: “At first he was upset, what with the economy doing marginally better and Ed Miliband being just as weird as Brown, but without the tendency for extreme violence.

“But then he realised he should never have been prime minister in the first place. If Alan Johnson or the slightly less unusual Miliband had forced Brown to resign, David would have been just another arse who led the Tory party for a while.”

The source added: “There’s still a chance we can hang on, particularly as from now on the campaign will just be gigantic images of Ed Balls’ unbearable face.

Meanwhile, Ed Miliband has accepted Britain is going to make him prime minister in exchange for not being David Cameron.