Everything in world has been made into a musical

THE West End is set to close after the last original topic for a musical was made into a musical, producers have confirmed.

The history of musical theatre has seen every subject available, from the life of Jesus to the Vietnam war, turned into a two-hour spectacle with hummable songs.

Producer Helen Archer said: “We should have realised in the 1970s, when we made a musical out of the life of an Argentine dictator’s widow.

“But it really struck home last week when I began auditions for Cesar the Dogfood Musical.

“I briefly considered making a musical about the impossibility of making an original musical, with songs including It’s Over and Nothing Left To Romanticise but then Musical Dead At Scene! The End Of The West End opened to rave reviews at the Aldwych.”

West End theatres will close their doors in October for three years, by which time producers hope enough material will have accumulated to be strip-mined to satisfy the public’s rapacious demand to see it on stage.

But theatregoer Mary Fisher of Rochdale said: “What about the DVD commentary track for The Lion King, or the lifecycle of blue-green algae, or the Black Plague?

“I’d see musicals based on any or all of those. I don’t give a shit.” 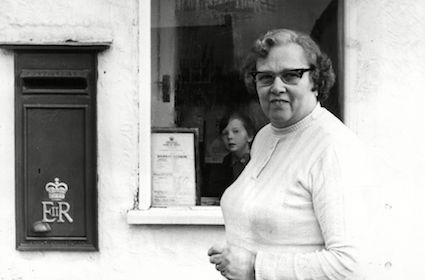 NOBODY in the UK has volunteered to do something since the mid 1970s, it has emerged.

As David Cameron unveiled a plan to allow workers to spend three days a year doing a different job very badly, experts said volunteering is as unfamiliar to the electorate as kindness or mercy.

Professor Henry Brubaker, of the Institute for Studies, said: “The sweet old ladies and pierced young men running charity shops are not volunteers but are serving community service sentences for their terrible crimes.

“Those few people who look like volunteers, like the St John’s Ambulance at football matches, are only in it to watch the game for free and pocket up to £50 in sharpened coins.”

Britain’s last volunteer, Susan Traherne of Ludlow, is remembered by the town every August for being a total and utter mug who everyone took advantage of.

Ludlow’s mayor Nathan Muir said: “Whether it was feeding cats, picking up litter or cleaning graffiti from road signs, old Sue would tirelessly do it without ever wanting anything but our goodwill.

“She really was an idiot.”