AN elderly man has confirmed he will be silently judging everyone who is using a smartphone on the train when they should be looking at the lovely scenery.

Roy Hobbs revealed he actually felt bad for them because, as well as enjoying the view, they could be listening to his fascinating and well-informed opinions on a wide range of interesting topics.

He added: “They’re all playing ‘Wok n Go’, or whatever it is, on their phones and posting pictures of their arseholes on FaceBucket.

“I’ll just sit here and think to myself about how the future’s completely fucked because of these bastards, while I watch the nice green fields fly by.”

He added: “I might read the ‘In Case Of Emergency’ sign again, if I get the chance.

“I certainly won’t be taking a picture of it and ‘SlapCatting’ it to all of my friends.”

Dog enters negotiations to give stick back 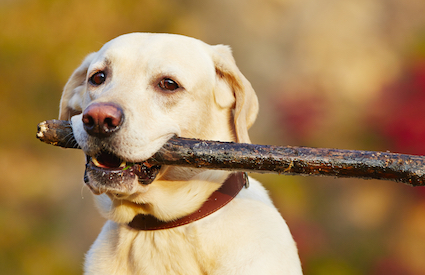 A DOG has confirmed he is ready to begin negotiations for letting go of a stick.

Larry, a four year-old labrador said he was happy to begin talks but stressed there was no guarantee the stick would be given back straight away.

He added: “Initially, I would be willing to let the stick go a little loose whilst still keeping it clenched in my teeth. I will also no longer be growling at the prospect at giving the stick up.

“In the long run, I’ll obviously be looking for the stick to be thrown again so I can catch it, bring it back to you and let you look at me with it in my mouth.

“I think this is a step in the right direction.”

“My only fear is that he’ll give me the stick just so I can throw it again and then we’ll be right back at square one.”