DIANE James, the new leader of UKIP, has promised to come up with a reason for the party’s existence before 2017.

James told members that she was working on a political purpose for the party and shared a few first-draft ideas which included ‘refocusing solely on fisheries’, ‘enforcing hard line on waistcoats’ and ‘something a bit like the Scouts’.

She continued: “UKIP has fought, and won, the battle to take Britain out of the EU, regain our sovereignty and take back control of our country’s destiny.

“Which is all well and good but now we’ve done all that we find ourselves at a bit of a loose end.

“I mean yes we’ll press the UK government to make sure that Brexit is Brexit, but legal definitions and trade negotiation aren’t really our strengths.

“So at this stage we’re open to suggestions. A chain of patriotic shops selling British-only goods? A Mars mission? A Battle of the Referendum re-enactment society?

“Whatever we choose we need something, because at the moment we’re just milling about and I’m worried some of the older ones may wander off.”

UKIP member Norman Steele said: “I never thought I’d hear myself saying this, but does anyone else feel like winning has spoiled things a bit?” 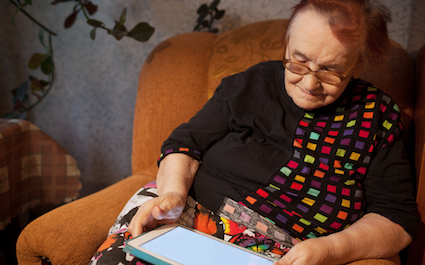 A GRANDMOTHER has been watching a 16-second video loop on the front page of Mail Online for almost seven hours, her family has discovered.

Eleanor Shaw began watching the video on her iPad, a present for her 80th birthday last week, when she awoke this morning and said she did not want to be rude and leave before it finished.

She continued: “I couldn’t believe my eyes at first. A moving picture in a newspaper. It amazes me what they do these days.

“It was a man going down a street that was flooded, and it did seem familiar. I wondered if it was valley bottom where the Queen’s Mill was, you know, near where Hanson’s Fair used to pitch up.

“I do like to watch the world go by, so I settled with a cup of tea and enjoyed it for a little bit. The man seemed very familiar after a while, like I’d seen him before, and I thought perhaps it was Dora’s eldest and got on the blower to ask.

“Well apparently my grandson says it was the same man over and over, though I don’t know if that’s right. Still, it was better than all this swearing and filth on the television these days, like Strictly Come Dancing.”