PEOPLE who chose ridiculous email addresses before the internet properly caught on will be allowed to anonymously exchange them.

Research by the Institute for Studies has found that people who still have stupid email addresses are less likely to be gainfully employed or in a functioning adult relationship.

“These individuals look like fucking idiots now that they are using them on a daily basis. This amnesty will allow them to be swapped for something that doesn’t make total strangers hate them.”

All of the email addresses collected in the amnesty will be cut up and melted down to create 17,000 new pages of fear mongering health articles.

Bank manager Nathan Muir said: “When the internet was invented I thought that foreign terrorists would steal all my personal information so I hid behind the email address ‘[email protected]’.

“Then it emerged that the government was scrutinising everything I did as a matter of course, so I might as well have used my real name.

“Can I change my password too? Because it’s ‘wankshaft99’.”

Ed Miliband: My brother can go f**k himself 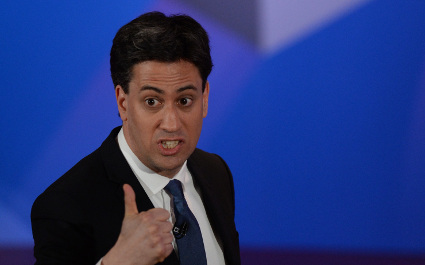 THE recent criticisms of my election campaign by my brother, David Miliband, have been taken seriously in many quarters.

But not mine. Because this is exactly the kind of shit that he always pulls, and my considered response is that he can go and fuck himself.

I feel sure that the younger brothers of Britain will understand completely when I say that David is, and has always been, a dick.

And it’s hardly surprising that the nine-year-old who lined up his Tonka trucks on a shelf to admire their immaculate paintwork grew up with a massive chubby for anyone who drives a shiny BMW.

The time has come to admit that I scratched those Tonka toys, David. I deliberately recorded over your save files for Elite on the BBC Micro, and you didn’t accidentally leave out that copy of Knave that mum found when you were 14. I put it there.

There’s no denying I lost the election. But you got beaten like a left-wing activist in the back of a police van years ago, unable even to take first place in the loser’s contest.

Will you try again? No, apparently you’re busy running “a global charity in New York”.

Will you listen to yourself? Could there possibly be a more unimportant job for posh parents to stick their most useless son in?

I have achieved nothing over the last five years except the destruction of the Labour party, and it’s still more than you’ll ever achieve in your whole worthless life.

You believe in aspiration? Well, why not aspire to having slightly more fraternal loyalty than Cain?

Oh, and mum says she hates you.