THE new Cold War with Scotland has intensified with the discovery of radio transmitters in shortbread.

Father-of-two Roy Hobbs was enjoying a shortbread biscuit when he chipped a tooth on a microphone.

He said: “I thought it was weird that a tartan tin packed with shortbread had just appeared on the doorstep, but it looked buttery and delicious so I asked no questions.

“Then I crunched into a tiny black device, about the size of a fly and wrapped in grease-proof paper. Luckily my family were only talking about ITV talent shows and not Britain’s missile defence systems.”

Anti-Scottish sentiment has intensified since the election, with the release of so-called propaganda films including Invaders from Planet Irn Bru 9 and Godzilla vs Tartanicus.

Last night England was in a state of near-anarchy as mobs roamed the streets attacking Angus Steakhouses and people called Callum, neither of which turned out to be Scottish.

Plumber Stephen Malley said: “To be on the safe side I’ve destroyed everything I own which was Scottish, except my Del Amitri album which I burnt shortly after buying it in 1989.

“It’s a shame because I used to like lots of Scottish things including Highlander and Clare Grogan. But if I met her now she’d probably crush me with her massive caber.”

Our jobs are not even slightly dignified, Britain points out 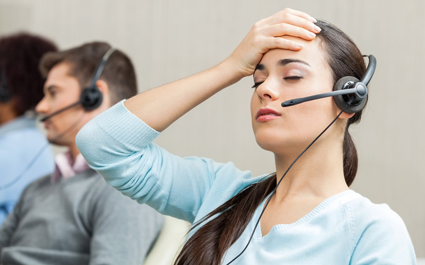 THE prime minister’s promise to give everyone “the dignity of a job” has confused Britons whose jobs are a humiliating parade of shame.

The prime minister’s plan for blue-collar conservatism, which has seen his cabinet puzzling their way through Bruce Springsteen’s Born To Run, ignores the facts that most jobs offer all the dignity of greased clowns in a mudpit.

Burger chain employee Stephen Malley said: “I have to wear a hair-net, a beard-net, and a badge showing exactly how well I’m progressing which is why drunks hail me with ‘Oi, one-star, there’s sick on the floor.’

“Barry Chuckle has more gravitas in the workplace than me.”

Marketing manager Carolyn Ryan agreed: “Officially, my job is to sell our company to B2B clients, but actually it’s to dance like a monkey puppet at the behest of my superior.

“Last week he rewrote my presentation so it made no sense and then, when I was halfway through it, stopped me to tell everyone how wrong I was while I stood there like a drooping erection at a Royal garden party.”

Cameron followed up his promise by saying everyone deserves “the pride of a pay cheque”, prompting new employment minister Priti Patel to ask if he had ever heard of BACS payments.