Experts on house prices not twats like other experts, UK decides

EXPERTS warning of a fall in house prices should be treated like wise sages while everyone else is ignored, Britain has decided.

People who understand climate change, international trade and deadly epidemics are being kept off the news in favour of anyone warning householders in Kent might have to accept slightly lower offers.

Climate scientist Dr Helen Archer said: “I was due on BBC Breakfast to talk about droughts, unliveable cities and mankind’s extinction in less than a century, which is quite important.

“Unfortunately just before I went on air it came through that house prices in Norwich had fallen by 1.8 per cent, so understandably they told me to sod off. I think they got a DIY bloke on instead to recommend doing up your bathroom.”

“However six cases of ‘gazundering’ in Islington warrant a 20-minute section on Newsnight and a four-page follow-up in the Sunday Telegraph.” 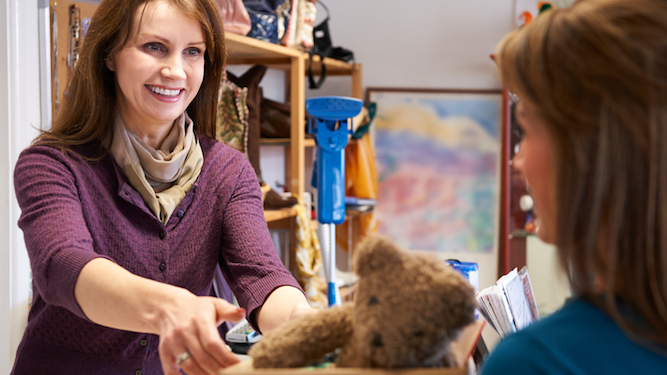 A WOMAN is convinced her donations to a charity shop are bringing joy to others, despite them just being rubbish she wants out of the house.

Donna Sheridan regularly goes to her Sue Ryder shop with a car boot full of undesirable items, most recently an ugly set of plates given to her by her in-laws in 1985 and a malfunctioning fax machine.

Another box contained a feast of outdated entertainment including a VHS copy of Pretty Woman and several incomplete DVD box sets of the Kiefer Sutherland series 24.

Sheridan said: “As well as decluttering my lovely home I’m improving the quality of life of underprivileged people, who may never have enjoyed the luxury of a damaged coffee machine.

“I’m certainly not using charity shops as a dumping ground for a mountain of junk the council would charge me £50 to take away and put in landfill.

“There are probably poor families out there who can’t wait to brighten up their lives with some Now That’s What I Call Music compilations from about 15 years ago.

“Yes, the CD player I’ve donated is inclined to skip in a way that drives you mad with frustration, but beggars can’t be choosers.”