THE government is to tackle food poverty by officially doubling the five allowable seconds for food dropped on the floor.

The move could see millions of pounds’ worth of pizza slices, nachos and ice cream reclassified as edible.

A Department of Health spokesman said: “We knew that any dropped food item is perfectly safe to eat if retrieved within five seconds.

“This applied irrespective of whether the surface was carpet, wood or whatever and how clean it was.

“But further research has shown that germs are actually even slower to notice the food and leap onto it than previously thought, so we are able to double that limit.

And obviously if youre drunk – which boosts natural immunities to bacteria, colds and gastric illness – that can be extended to 60 seconds provided a pet hasn’t started licking it.

The extension is one of a raft of measures introduced to stop food waste, including a ‘three strikes’ law giving mandatory life sentences to anyone repeatedly buying and not eating bagged salad.

Officials have also brought in a sliding scale for sell-by dates based on income, with any household earning less than £12,000 instructed to ignore them and eat away.

The spokesman continued: Theres no food crisis and theres no need for food banks, which arent proper banks anyway because they dont pay their workers huge food bonuses.

Now shut up and eat your dinner or you wont get any pudding. 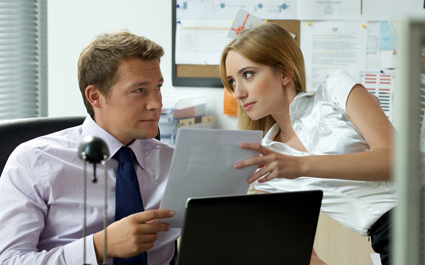 GCSE French textbooks are to be enhanced with stories of extra-marital liaisons.

“Who gives a shit?

“But what if Christophe’s attractive mum Valerie was mysteriously going on caravan holidays with a plethora of local men including Alain the mayor and Jacques the butcher.

“Then Christophe’s dad finds out, goes mental with a strimmer and you get to learn the ‘vocab’ for ‘I’ll cut the bastards’ nuts off’.

“Now that’s what I call bringing languages to life.”