Five things the middle-classes are terrified they'll be arrested for

AS A proud enjoyer of hummus you expect police to be deferential, but one moment of madness and you’re behind bars. These are your nightmare scenarios:

Banged up for protesting

You’re organising a hyperlocal rally for greener streets when Extinction Rebellion invades and superglues you to the window of River Island. Rounded up by police, your insistence that you only wanted a monthly farmer’s market are ignored and you’re jailed for life.

In the slammer for fraud

After friends all admire the antique Basque chiminea you picked up last year, you start importing them. But when trying to reduce your tax bill you mix avoidance up with evasion and are handed a six-month stay in an open prison with a bunch of dodgy ex-MPs.

Locked up for smoking weed

After a dinner party spent discussing the future of the Labour party and how amazing I May Destroy You was, you step outside for a puff and a chat about Twitter activism when a police car suddenly pulls to a halt and takes you all in. Not only are you charged, but you’ve defaulted on the terms of your buy-to-let mortgage.

Sent down for shoplifting

You’re in Waitrose buying serrano ham and cava when your Test and Trace app pings, triggering an anxiety attack that causes you to rush out to the Kia Sportage without paying. A security guard escorts you back inside, in full view of several mums from your kids’ school, and you lose not only your loyalty card but your freedom.

A fellow traveller in Thailand asks you to take some carvings back to the UK, and because he went to Harrow you’re unable to say no without being rude. Unfortunately customs spot the Grand Canyon-sized holes in his story and you’re serving sixteen years at Her Majesty’s pleasure. And you’re not even a Royalist. 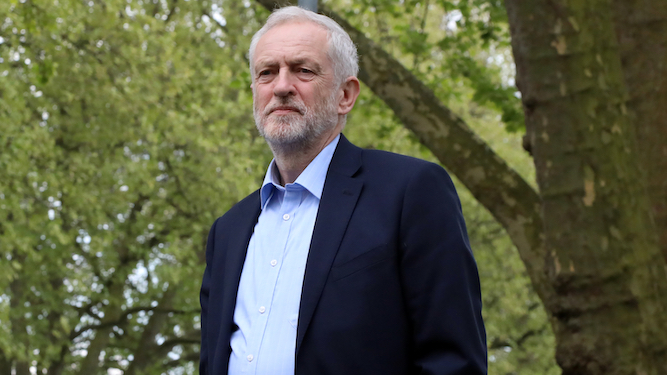 JEREMY Corbyn has been reinstated to the Labour party after purging all anti-semitism from his system with a 19-day binge.

The lifelong anti-racist realised that he had been bottling up bigotry for decades and he needed to let his prejudices loose before he could return to being a perfect paragon of purity and virtue.

Friend Denys Finch Hatton said: “He’s an incorruptible saint of socialism again now, but f**k me it was ugly to watch.

“You were barely past the front door before he was shouting about Jews in Hollywood and Jews in finance and the Jew-run conspiracy on the board of members at his allotment. It was intense.

“He had a whole numerology thing going on with Countdown’s Rachel Riley sending coded Zionist messages through her maths, and this chart on the wall with string linking Barbra Streisand to Giles Coren.

“Honestly, for just under three weeks his rants about Illuminati lizards were so vile even his brother Piers hung up on him. But it’s all out now and he’s absolutely fine.”