Five utterly pointless debates you can't help getting sucked into

DO you sometimes get drawn into mindless ‘debates’ then bitterly regret wasting your time? Here are some classics to avoid.

You can argue rationally all night in the pub and some dunce will still say “But you can’t prove God doesn’t exist!”. In an odd way it’s less infuriating than the person who says “Well, I just think there must be something out there” then goes to the bar as if the matter is settled.

Whether an old TV show was good is subjective and clouded by nostalgia. Ask yourself whether you want to ruin a friendship over Battle of the Planets or practically get into a fist fight about whether The Two Ronnies was f*cking awful. (It was.)

You will ALWAYS regret arguing with people obsessed by this because they don’t understand the difference between things that are likely to happen and crazy hypothetical events they’ve imagined. You can bleat about vetoes all you like, but they’ll come right back at you with: “SO D’YOU WANT YOUR KIDS TO BE CANNON FODDER IN THE EURO-SS?”

Prepare to be deluged with dubious anecdotes about a bloke someone used to work with who lived next door to an unemployed family with eight kids and a Mercedes in the drive and blah blah blah. Also you will never have a constructive debate about the future of welfare with someone who thinks people should have their fingernails ripped out for missing a Job Centre appointment.

The greatest films of all time

Likely to descend into a tedious evening of listing incredibly obvious films like The Empire Strikes Back and Jaws. You might get a good row out of Citizen Kane, but on the whole is there really any point in attempting to compare Zulu and Mean Girls? 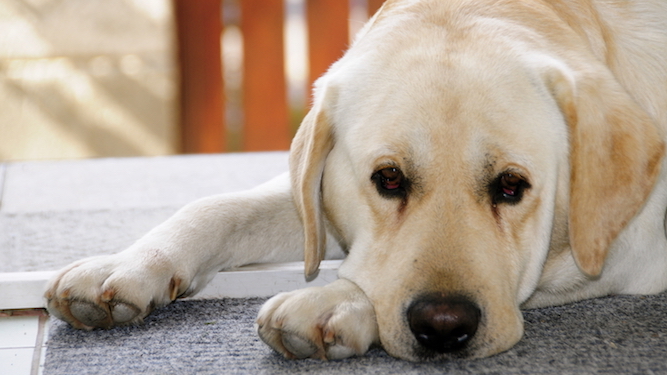 A DOG experiencing a mid-life crisis has begun shagging his owner’s other leg to make him feel young and virile again.

Seven-year-old labrador Rocky felt that attempting to have sex with Tom Booker’s right leg all the time was only serving to highlight his mortality.

Rocky said: “It just hit me that I’m well into middle age and there’s so much I haven’t done. That’s why I just went for it and started humping Tom’s left leg. And it felt amazing.

“It’s given me a whole new lease of life. Maybe it’s wrong to cheat on the right leg, but somehow I feel I’m entitled to play the field for once in my life.

“The kids have grown up and left and I’ve never been abroad or tasted the more expensive dog food. I’ve never even left a turd in the living room. I feel I haven’t lived.

Rocky is expected to enjoy a memorable six weeks in the company of the left leg, before returning to live out his remaining years going through the motions with the right one.