A FAMILY dog is beginning a prison sentence today after being convicted of raping a hat, a seat cushion and a 32 year-old knee.

Bobby, a four year-old golden retriever from Stevenage, was sentenced to 12 years in dog jail and will also undergo drug therapy to control his dangerous sexual urges.

The jury took just eight seconds to arrive at a verdict as the dog sat panting quietly in the dock, occasionally reacting very suddenly to nothing in particular.

The judge, Mr Justice Hatton, said: “You charmed those around you with your bright eyes and jolly tail, but it was nothing more than a devious and cynical sham to conceal your depravity.

“Your violations and defilements are incompatible with decent society and you have scarred and traumatised an optimistic, fresh-faced knee, a plump young cushion with its whole life ahead of it and a deeply lovely hat.”

The wide-brimmed straw hat, known only as ‘Miss X’, said: “I was terrified of being left alone in the same room with him. I would try and shout out to my owner not to leave me behind, but I couldn’t because I’m just a hat and can only talk in a very quiet voice.”

She added: “I would close my eyes and pretend I was at the beach while he thrust this bright red thing at me and tried desperately to get some purchase on my rim.

“The whole thing would last for about 10 seconds and then he’d wander off into the corner and lick his testicles. I would look into his eyes for some sign of guilt or shame, but there was nothing – just a kind of vacant stupidity.”

‘Mr Y’, the owner of the 32 year-old knee, said: “I do wear shorts quite a lot so I suppose some people at the Daily Mail will say I was asking for it. But my knees are young and are just trying to have a good time.”

Penal reform campaigner, Julian Cook, said: “Our prisons are now overflowing with rapist dogs. We need a debate about how we can deal with these offenders using community-based sentences such as hitting them with a rolled up newspaper, like they do in Sweden.”

But Mr Y added: “Every time I look down I can see him wrapping his front legs around me and thrusting his dirty hips. 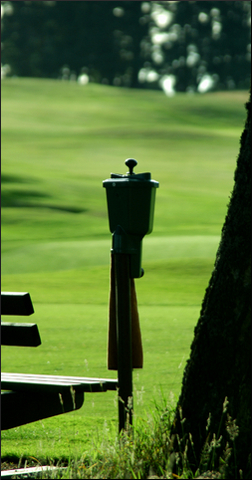 THE Duchess of York has admitted to an ‘appalling lack of judgement’ after giving the impression that her former husband does something.

Sarah Ferguson told an undercover reporter from the News of the World that for Â£500,000 she could introduce him to Prince Andrew and that it would in some way be helpful.

She said: “In recent years I have found myself under increasing financial pressure, however that is no excuse for insinuating that a member of the Royal family has a point. I have been made to look incredibly stupid and naive.

“I want to make it clear that my former husband had no knowledge of my actions and would never, as far as I am aware, do anything.”

Constitutional expert, Denys Finch-Hatton, said: “It must have been very difficult for the journalist to keep a straight face. I can only assume he was posing as someone who had never heard of Prince Andrew.

“I’d imagine any normal human would probably have said something like ‘Prince Andrew? Are you sure? That can’t possibly be right’.”

He added: “Then again maybe one can make a career out of introducing someone to a group of legitimate businessmen from Kazakhstan.

“Or perhaps Â£500,000 is the going rate if you want to hitch a ride on a helicopter that’s going from the car park to the first tee at Wentworth.”

Prince Andrew said he had been ‘unaware’ of his wife’s meeting, adding: “I’m about 80 yards to the pin with a decent lie so I think I’ll try a little ‘bump and run’ with my new seven iron.

“This afternoon I shall have a bath.”

But experts stressed the latest scandal means the Prince’s ex-wife could now before forced to resign as both Duchess of York and Sarah Ferguson.

Denys Finch-Hatton said: “I suspect she’ll probably end up being called something like ‘Barbara Mabbot’ and selling toilet cleaning supplies to medium-sized businesses in the M4 corridor.”