TEENAGERS about to start university are developing absurd new personalities in an attempt to seem interesting.

18-year-old Tom Booker has decided to call himself ‘Tommo the Poet’ and begun wearing a trainer on his left foot and a boot on the right.

He said: “‘Tommo’ is a visionary wordsmith who gets laid most nights, as opposed to ‘Tom’ who works in the stock room at Argos and puts concealer on his spots.

“I’ve written the names of some musical icons on my stationary, after googling ‘old punk bands’.

“I’m going to tell everyone that my parents were punk poets who died of drug overdoses. It’s kind of true, I mean they’re dead inside from doing their corporate finance jobs. I still love them, of course.”

Emma Bradford is soon to start her first year at Warwick, and plans to call herself ‘DJ Bass Monkey’.

She said: “No one knows I’ve got a pony and I want to keep it that way. My university persona is urban and hedonistic, with a big coat, but still somewhat open to meeting rich boys and marrying into money.”

Careers advisor Julian Cook said: “Pretending to be cool for the first time can be intimidating.

“The main thing is don’t spray people with saliva when you talk and write the details of your ‘most illegal experience’ on your wrist for easy reference.” 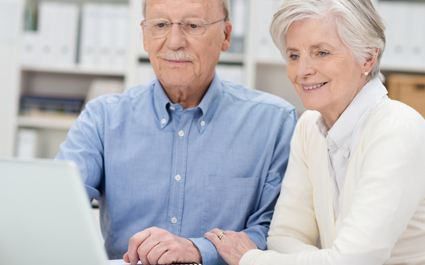 A WOMAN has failed to appreciate how ‘busy’ her retired parents are.

Helen Archer, 70, told daughter Jane: “I’ve had a very busy week. Monday I had to go to the Post Office. Then on Wednesday I made that meringue for when Jean came over.

“And then this morning Jean came over and we ate the meringue and talked about maybe going to Kew Gardens in September.

“There’s no way I can help with the kids tomorrow.

“I explained to Jane that she wasn’t the only one with one of these ‘busy modern lifestyles’, but she was a bit distant. I reckon she is jealous about the meringue.”

Jane Archer said: “Tonight, I’ve got a 10pm conference call with the US. Then my to do list says ‘sex with Martin’, during which I will think about how to manage the budget process at work, and how to ferry the kids between three different birthday parties this weekend.

“Then I will set my alarm for 6am and the whole relentless f*cking nightmare will start all over again.”