SURGEONS are working to free Take That toady Gary Barlow after he became wedged inside the Queen.

The singer and organiser of Buckingham Palace’s Diamond Jubilee Concert had been fawning over the monarch during a meeting about what colour trousers Madness should wear. When she fell asleep, he clambered into her backside.

Unfortunately his passage into the Queen’s body was blocked by antipodean lickspittle Rolf Harris, who already resides in her colon where he has a permanent studio. Surgeons now have less the 24 hours to remove Barlow from Her Majesty’s lower intestine before jubilee celebrations begin.

Doctor Stephen Malley said: “Barlow has somehow become wedged sideways in the Queen, I think because he was trying to punch and kick Rolf Harris.

“We’re trying to get a rope around his torso so we can drag him out like a calf.”

He added: “Ordinarily we would let Gary Barlow pass through the Queen’s body naturally or with the aid of mild laxatives, but given the impending celebrations we have to be more aggressive.

“This weekend the world’s media will be focused on the Queen, and were she to give rectal birth to a middle-aged man in the midst of it all there would be an absolute furore.

“Also of course Barlow would then technically be a prince, and the Queen would have to give him a county and a special soldier outfit, neither of which he deserves.”

Really wanting a kebab not an emergency, Britain told 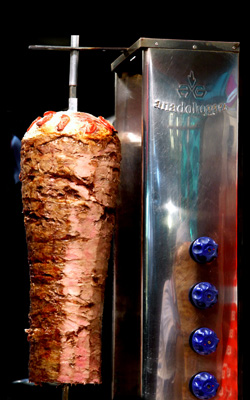 BRITONS have been reminded that having a strong desire for spicy meat is not a reason to dial 999.

The NHS issued the statement following a weekend of overwhelming calls requesting ambulance services, many of which proved to be from drunk people wanting food delivered.

An NHS spokesman said: “The 999 service exists to help those in urgent need of medical help and does not offer doners, chips or ‘extra fucking hot chili sauce’.

“Also our call centre operatives are not all called ‘Kostos’, nor are they prepared to wait on the line while you ‘just see what everyone else wants’.”

Health secretary Andrew Lansley now plans to change the emergency services’ number to 651042901178054 in a bid to stop drunkards getting through.

He said: “Although this is not a cost-cutting measure, it may also prevent less tenacious sober people getting in touch, which is no terrible thing given that ambulance services will soon be cut to a single Green Goddess and a police community support officer with a box of plasters riding a child’s tricycle.

“However I don’t want to completely rule out selling the ambulance service to a fast food corporation, for example Domino’s Pizza.

“If there was a heart attack in the same household where someone also really wanted a stuffed-crust Meat Feast it would be a win-win situation.

“Alternately I suppose you could wait until they’d eaten the Meat Feast, there’s a fair chance of some palpitations.”