THE government’s ongoing campaign to drive commuters off public transport is having the desired effect, it has been claimed.

As the latest exorbitant train fare rises are unveiled, ministers congratulated themselves on maintaining the popularity of Britain’s roads.

Transport minister Norman Baker said: “This country has spent absolutely shitloads on motorways over the years, but if we had a cheap, efficient public transport system they would hardly get used.

“Imagine the M25 as an empty, spooky expanse of tarmac. Sad, isn’t it? Also cars are so much smaller than trains, and thus better for the environment.

“This is why we’ve been working hard with the rail industry to make trains a tragi-comedy of human misery.”

Besides making trains prohibitively expensive, filthy and staffed by surly pedants, the government has announced a ‘Cars Are Great’ campaign, fronted by ‘Colin the Car’.

A spokesman for the initiative said: “Colin the Car will tour schools, teaching kids about the advantages of car travel over public transport, for example being able to listen to your own music without headphones and chuck drink cartons at cyclists.”

9-year-old Emma Bradford said: “Colin told me I’ll get stabbed if I go on the bus. Apparently walking is dangerous too, so I’ll have to stay home for at least the next seven years.”

Black armbands made mandatory for all Premiership kits 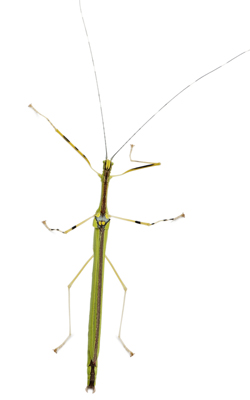 The black sashes will be sewn into a sleeve of each player’s shirt, in an acknowledgment of modern footballers’ griefaholic tendencies.

Soccer pundit Wayne Hayes said: Historically, the black bands were only worn when key players from a club passed on or to mark the anniversary of something that has adversely affected football.

“But today’s footballers are like Victorians when it comes to mourning. Theyll pop on a sash if the club’s drinks machine runs out of soup, or if the manager’s car fails its MOT.

Further to the new regulations, clubs wishing to mark especially sad occasions such as a player’s cousin’s stick insect’s death will be invited to wear an additional arm band.

Teams marking an actual human death will  be expected to mask their goalkeeper in a floor-lenth black veil without eye-holes.

The compulsory armbands are not the only change introduced to appease the Premiership’s appetite for melancholia.

The traditional minute’s silence preceding most games,will now be followed by John Lennons Imagine or anything by James Blunt, and the half time pie will be replaced by a buffet of cold cuts covered in cling film.