COUNCILS will be paid for every newly-built box they cram into your town and then fill with thousands of ‘people’ who are all exactly the same as each other.

The government will pay local authorities an average of Â£1500 per energy-efficient unit as it steps up its efforts to convince you that life is about having some pointless fucking career and getting your name on the mortgage of a so-called ‘house’.

“What I need is a fresh batch of them with their Vauxhall Zafiras and their fat-ankled children and their fucking barbecues and their New World wines and their unrelenting desire to talk to me about football.

“And then, when they close their curtains at night, I’ll just know that they’re in there watching ITV or even – God forbid – BBC1.

“Or they’ll be reading their mid-market newspaper and doing their best to convince themselves that just because they don’t like foreigners that doesn’t make them a great, heaving racist.

“I would far rather have a group of tinkers living here in their dirty caravans. They might nick my hedge trimmer and keep me up all night with their crazy singing, but at least they’ve got some fucking balls and a heart.”

He added: “We keep talking about this ‘housing crisis’. ‘Oh no Tom, there’s a terrible housing crisis’. And I keep saying ‘shut the fuck up’ and explaining, once again, the virtuous circle that is reversible sterilisation.

“It’s cheap, painless and the ongoing cost savings are staggering. It is almost ridiculously efficient.

“And if they can demonstrate an ability to actually live their life as if it’s the only one they’ve got, we can then allow them to start making copies of themselves – but with the constant threat of the steriliser’s needle hanging over them if they slip back into dreary ghastliness.”

Helen Archer, from York, said: “I’d have more time for them and their shitty, overpriced little houses if they could at least surprise me now and again.

“Maybe read a book about Frank Lloyd Wright, listen to a bit of Mahler, go for a swim in a lake – eat a fig – instead of sitting around all day gnawing on a bag of Monster Munch and reading glib fucking websites written by twats.” 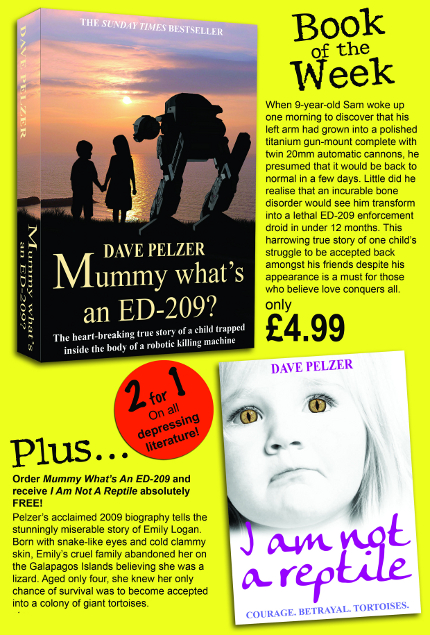