THE influx of hipsters to East London has resulted in a new hybrid species, scientists have announced.

Zoologist Donna Sheridan said: “Cockneys probably first encountered hipsters while visiting their local for a traditional evening of boozing and being a character, only to discover it was full of web designers and ‘vintage’ Ms Pac-Man machines.

“Subsequent drunken copulation created a completely new strain of twat with wanky job titles like ‘internet viral imagineer’ and a tedious fixation with the folklore of east London.

“It’s increasingly common to walk down Shoreditch High Street and see a thin young man with a handlebar moustache claiming this is where Ronnie and Reggie Kray shot down a German bomber.

“They are also taking over the local media scene, for example by setting up independent production companies to make pretentious short films about how much they love their old mum.”

Cockney hipster Roy Hobbs said: “My new media start-up is currently developing an app that warns you if you are leaving the vicinity of Bow Bells, which wouldn’t be luvvly jubbly.

“Part of the funding came from my stockbroker father and the rest from turning over a bookie with some tasty geezers with shooters.” 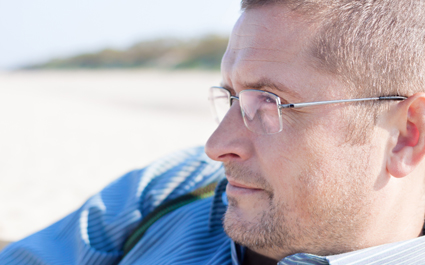 A 42-YEAR-OLD man has been named as the UK’s new lowest common denominator.

Norman Steele of Preston will be the measure against which all music, film, food, household furnishings and political policy are tested before being released to the public.

A government spokesman said: “Sitting in the ivory tower of Westminster, it can be impossible to tell the types of effluent that Britain will greedily gulp down.

“We need a man on the ground, a native able to take concepts that to us are abominable, like the Egg McMuffin, and spot their indefinable popular appeal.

“Our previous LCD, a 35-year-old Ramsgate woman, was able to correctly predict that the country would shrug and eat horsemeat without complaint and that Gogglebox would work, but unfortunately lost her edge after judging UKIP too stupid for anyone to believe.

“But Mr Steele, who has never met a Dan Brown book he didn’t like, will be a more than able replacement in sorting the chaff from the extremely-poor-quality wheat.”

Steele said: “I like The Script, I like those Rustler’s burgers you do in the microwave, and I’ve always got time for Bargain Hunt.

“But I won’t be watching the third series of Broadchurch, those corner sofas leave you with less room to sit, the new Creme Eggs taste like shit and I’m not having Prince Charles as king.”