THE wedding of actor Danny Dyer will end with his wife being kidnapped by rival gangsters, it has been confirmed.

Danny Dyer expert Mary Fisher said: “Pretty much everything Danny does ends up with him vowing revenge, and his nuptials will be no exception.

“Halfway through the post-ceremony disco the best man will be revealed as a goon for an unconvincing crime firm called ‘The Tough As Nails Crew’ with a grudge against Danny because of some vague territorial conflict.

“The villain will whip out a ‘shooter’ because dragging Danny’s ‘missus’ into a waiting secondhand BMW 7 Series. Then Danny will make a hard face and say something like, ‘This ain’t no game, I’m coming for you.’

“From there he will shoot some stocky men who run strip clubs, blow up a warehouse, etcetera before eventually getting his wife back.

“The wedding photographer will video the whole thing, edit it down to 90 minutes and release it straight onto the shelves of Britain’s remaining DVD libraries, which should just about pay for the canapes.” 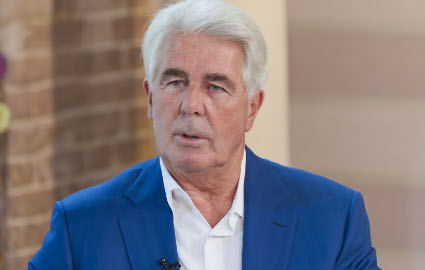 THE police raid on Sir Cliff Richard’s house has inspired him to write yet another mawkish dirge.

Sir Cliff said: “When the police raided my house it was clearly a sign from God that He wanted to hear another of my brilliant hits.

“The new song is about an ordinary, humble guy who’s persecuted by the authorities for bringing a message of love to the world via upbeat but heartfelt pop.

“As the first verse puts it: ‘I want to be free to sing a cappella/ Because I’m a lot like Nelson Mandela/ God’s sacred love guides us and feeds us/ In fact I am also quite like Jesus.”

The abysmal nature of An Innocent Man has made it an instant hit with the UK’s pensioners, who will keep it at number one in the charts until Simon Cowell finds another musician whose looks are acceptable to them.