Man picks up warm dog shit, seals it in a bag then leaves it in the hedge

A DOG walker has bagged a pile of fresh canine faeces then put it back in almost the same place.

He said: “Fighting back nausea, I picked up the stinking dog shit with only a thin plastic bag between it and my hand.

“I could totally feel the warmth from where it had been in the dog’s arse. Also it was quite soft and squishy.

“Still gagging, I tied the bag to seal in the disgusting mess.

“Then I thought ‘fuck it’ and chucked it in the hedge.

“Not sure why I did that. Somehow I am ok with pretty much touching a carnivorous animal’s rank excrement, but not with carrying a plastic bag to a bin.

“Maybe on some level I really admire dog turds and want to enshrine then in a non-biodegradable material for others to enjoy.”

Fitness 'a nightmare that never ends' 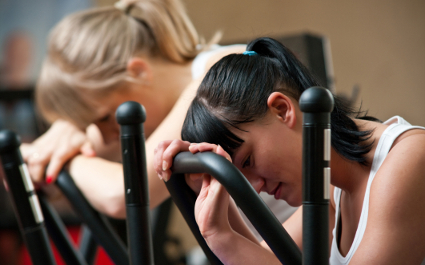 IF you want to be fit you have to keep doing exercise forever, it has emerged.

Carolyn Ryan of Cardiff said: “After two months of going to the gym I asked my personal trainer when I’d be fit enough to stop all this and eat the fuck out of some pies.

“The look on her face. She said that if I relaxed my diet regime even for a week then the fat would pile on again even faster than before, and if anything I should be stepping it up.

“I thought it’d be like A-levels where once you’ve passed you never think about history ever again, but it’s more like revising history five nights a week for the rest of your life.

“She says after a while I won’t even want a Toblerone any more. That made me cry.”

“However I do have the warm glow of knowing that I’m better than everyone else.

“Unless they’re right and I’m the moron. Which I occasionally think, but I get that out of my system with a nice eight-mile run.”