Colour of dress depends on whether you are secretly racist

SOME people see this dress as white and gold because they have hidden racist opinions, it has emerged.

Experts at the Institute for Studies found that people’s reaction to the ‘dress meme’ depended on whether they subconsciously thought white was a superior colour.

Professor Henry Brubaker of the Institute for Studies said: “We showed the picture to members of far-right political parties and they were adamant in their belief that it is predominantly white, or as they put it ‘pure’.

“More intelligent, less racist people like myself see it and black and blue.”

World leaders confirmed that the dress meme was a global experiment to weed out bad people.

Barack Obama said: “The ‘white and gold’ people are prejudiced on a deep, irredeemable level which means they will soon be sent to live on remote islands, deprived of technology, where they can do no harm.

“I know you all thought it was just a bit of fun to help pass the time at work, but your answers have been logged and will determine the pattern of your lives.

“Sorry for not making that clearer at the time.”

Postcards of red phoneboxes to show they're only used for crime 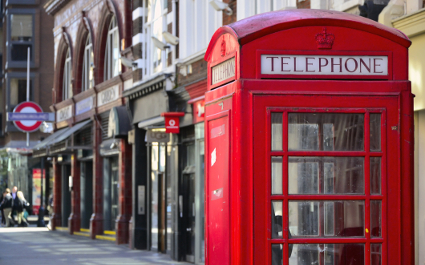 The famous boxes, still a powerful symbol of Britain, are now only for prostitute’s cards, to arrange heroin deliveries, for illicit sexual liaisons and for drunks to relieve themselves.

Historian Roy Hobbs said: “Once commonly used to call home or perhaps have an affair, these fixtures of the UK landscape now serve a different but no less traditional purpose.

“When Britons need to meet a young model with O- and A-levels, when they need two bags of white and one of brown, or whether they simply want to piss without the rain washing it away, phoneboxes are always there.

“From now on postcards will feature teddy bears in Beefeater outfits shaking as they call for a fix or engaging in squalid knee-tremblers, and tourists will embrace this new vision of Britain.”

Postcards of rural phoneboxes will show enterprising locals adapting them for use as charming little cannabis greenhouses or free-to-take pornography libraries.