How not to see a pregnant woman on a train

SICK and bloody tired of doing the right thing? Just want to get to work in comfort? Here’s how to not even see that pregnant lady right in your sightline:

All the obliviousness of actual sleep but no dribbling, having your bag nicked, or missing your stop. Puts you firmly in the right: how could anyone, morning sickness or not, oust you from your seat when you are clearly so defiantly exhausted? Her who’s about to drop should be ashamed.

Keeping laser-fixed on your phone works fine, but an impressive paperback is even more foolproof. Nobody, whether their waters are about to break or not, will dare to interrupt a freak reading Infinite Jest at 7am. They don’t know you’re staring blankly while you blast a sneaky podcast.

You can’t be sure whether the woman is pregnant or just overweight in an unusually concentrated way. Offering up your seat would be fat-shaming. So what if she looks like she’s just swallowed a watermelon and is clutching a book about hypnobirthing: you don’t want to embarrass her.

You have zero responsibility to look around thoughtfully if you’re up the duff yourself. So get a ‘Baby on Board’ badge and hope none of your fellow commuters think to count the months. It could conceivably be ironic. They don’t know.

Or actively scour the carriage for any sign of poor, vulnerable, pregnant women, then rush to their rescue even if they don’t appear to welcome it. Ideal if you don’t have a seat yourself so you can shame others into giving up theirs. What a good person you are. 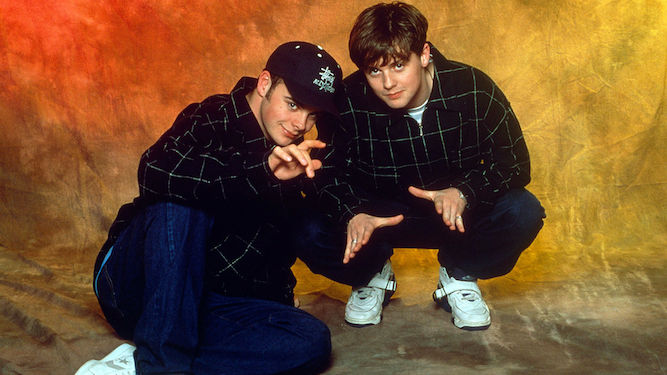 EVERYTHING seems great in retrospect because your memory is flawed. These fond recollections were pretty shit in reality:

A decade of fantastic music, great movies, wild parties and none of this wokeness that’s ruining everything these days. No. You were just young. It was the decade of The Phantom Menace, Boyzone, and Noel’s House Party. Lad culture was unpleasantly sexist and Diamond White was a nighclub staple. It was shit.

Today, working your wage-slave job, you remember long stretches of happy, cloudless fun. Ask your parents and they’ll tell you the drive to Skegness Butlins was spent in frosty silence, it rained all week and you sliced your foot open with your spade. Also apparently at that stage you were still wetting the bed.

Warming up by the Vulcan gas heater

You’d come in from the cold and toast yourself in front of this. Fond memories which are, in retrospect, a sign of how depressingly shit your childhood was. Its relentless pinging would piss you off now, and its toasty, glowing grille was giving you carbon monoxide poisoning. You might as well feel nostalgic about asbestos.

Okay, you’re no good at it now, but you’re old and out of practice. In your youth you were a tireless, expert lover who did it daily. Not according to your old diary, which says ‘Joanne and I did it again yesterday. That’s only the third time in nine months. Also afterwards she suggested I could try thinking of something to make it last longer.’

It was good once, it definitely was. It wasn’t always a ballache of throwing cash away, freezing rain, nothing but Bond repeats on telly, dry turkey and disappointing presents. It used to be magical. It’s just you’ve been a bit tired and not in the mood for it over the last 34 years.