How to cope with wildly successful celebrities way younger than you

ARE popular, lauded and hugely famous people now a good decade younger than you? Keep telling yourself you’ve got plenty of time with these tips:

So what if Emma Raducanu is currently sailing through her first Wimbledon tournament while being 19 years old? Alexander the Great ascended to the throne of Macedonia in pretty much the same time. She’s shit compared to him. When you were that age you were failing your third driving test, which you’ve still never passed, but that’s irrelevant.

Pretend they’re not that young

Billie Eilish was the youngest person to headline Glastonbury, but she’s 20 so technically an adult. If an eight-year-old music prodigy took to the Pyramid Stage, now that would have been amazing. Let’s face it Billie, you’re nothing special. Mozart would have blown you away.

Peaking young is a curse. These fresh-faced celebrities have had the euphoria of success and now have nothing but a lifetime of financial security and adoring fans ahead, so it’s downhill from here. While you’ve still got your best years to come, assuming you’re not an ugly, talentless mediocrity.

It’s easy to be young, famous and successful these days thanks to Twitch and TikTok. You’re performing the much more incredible feat of holding down a minimum wage job you hate and paying bills every month. You’re so rock and roll you don’t even have a pension plan, unlike pampered sell-outs like Kylie Jenner.

Haven’t got the emotional maturity to handle with young, successful celebrities? Take the high road by cutting them out of your life. There’s probably something on your phone to filter out news about anyone under 25. Sure, you’ll be out of the loop about Leonardo DiCaprio’s latest girlfriend, but it’s a price worth paying.

Britain announces plan to break law, like all successful lawbreakers 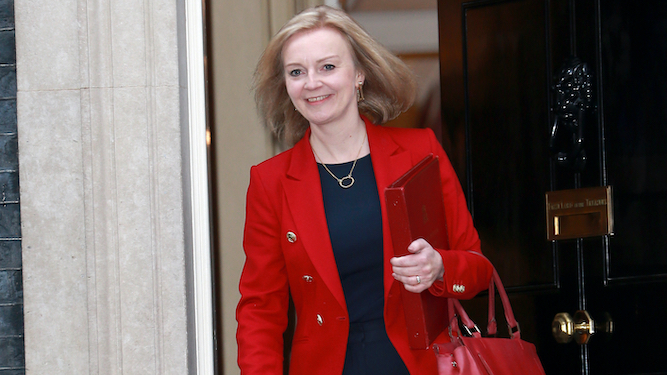 THE UK has announced and outlined in full its plan to break international law, as all successful criminals routinely do before committing crimes.

Following the passing of the Northern Ireland protocol bill Britain expects to start acting illegally in around a year which the EU will never expect.

Liz Truss, secretary for the promotion of Liz Truss, said: “What could throw a bank more off-guard than a polite note, on engraved stationary, advising them to expect a heist in a year’s time?

“A mugger telling his victim he’ll see them same place tomorrow for their phone? A murderer touching base to clear some space in diaries? A burglar leaving a ‘While You Were In’ card?

“The EU will never foresee us breaking the law now we’ve passed a bill explaining how and when we plan to. They’ll be so surprised they won’t even retaliate.

“It’ll go exactly the same way when we break WTO rules by extending steel tariffs. No way will we get hammered in a trade war while in the middle of an inflation and labour crisis. No way at all.”