YOU care so much about your employees, you even call them at home at weekends. A management expert explains how to make your business your family:

Phrases like ‘having the bandwidth for a task’ and ‘paradigm shift’ bind staff together in a world only they understand, pushing away friends and family. It doesn’t matter if the phrases are meaningless. Invent new ones like ‘let’s pop a sombrero on that one’ or ‘we need to do a wheelie with the ideas bike’.

Keep everyone in the dark

Withholding information encourages inter-staff communication. Launching a new product? Boring companies send an email. Dynamic companies let their staff find out from Trevor in accounts, who found a product launch pack in the photocopier and told Maureen, who was made redundant a year ago, who sent Andy in the postroom a text.

Leave everything to the last minute

If you give employees big assignments with plenty of notice and a month until the deadline, they’ll just worry. Asking them for a 200-page report 48 hours before it’s needed means they do the same work, but spend only two days at Flapcon Five. You’ve spared them days of stress.

Nobody likes being told when they’ve gone above and beyond and done exceptionally well. They’re embarrassed to be singled out and it makes other workers jealous. Their pay is reward enough. And, as modesty is a virtue, always take full credit for any of their ideas.

The cost-of-living crisis doesn’t only affect families. Businesses are hurting too. Paying accountants to to find tax loopholes isn’t cheap. By not handing out pay rises, you’re protecting your employees by putting shareholder profits first.

The kindest thing you can do is ask for overtime. The less time workers spend in their tiny one-bed flat the lower their heating bill, and if they’re always at work they may as well cancel Netflix. No socialising means no expensive drinking in bars and no costly weddings or children. You’re saving them so much they should be paying you.

How to live with the shame of a holiday in the UK, by a middle-class family 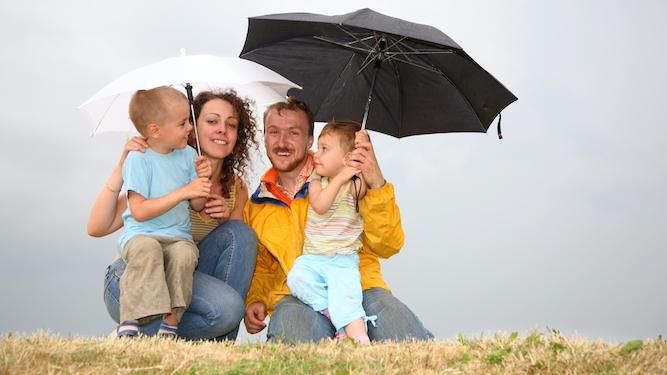 AIRPORT chaos and the cost of living crisis means yet another staycation. Well-heeled couple the Muirs explain how to survive without a fortnight in Tuscany:

Like a cop memorising his cover story to infiltrate the mafia, memorise what you did every day in your imaginary trip to La Rochelle. Drill the kids so they don’t blurt out anything about candyfloss in Torquay, marking you forever as the scum of the prep school run.

Go somewhere middle-class within the UK

St Ives is a great example: Rick Stein restaurants and a Tate make it almost as unnecessarily select as discovering artisanal cheeses in rural Italy. If the person you’re regaling with your holiday stories looks increasingly frantic to escape, you’ve clawed back valuable self-respect.

You’ll have late-night thoughts like ‘Perhaps if I hadn’t bought a ride-on mower we could be in the Alps’. Stop victim-blaming. Would you have taken your family to a hellhole like Weymouth if it could be avoided? No. You’re not a sadist.

You may have to relive traumatic memories – every non-organic fish-and-chip supper, every teacup ride, every game of Krazy Golf. Confronting your UK holiday and moving on is the only way to end recurring nightmares about being trapped on a gaudy pier full of fat, waddling manual workers with palpable regional accents.

You pretended to be Catholic to get the kids into an outstanding school, so it’s time they returned the favour. Priests may be reluctant to use their divine authority to absolve you of the guilt of a holiday in Whitley Bay, so hint at a donation of £400. Any loving God would agree this is the right thing to do.

Claim it was a learning experience

‘We felt it was important for the kids to see some of their own country,’ you lie. ‘They loved visiting the Cardiff Spoon Museum.’ Do a good enough job and you might con earnest friends into booking a fortnight in Hull.

A surefire way of leaving the shame behind is to move 300 miles away. Be watchful for anyone who knew you from before. You may have to murder them, but it’s better than everyone knowing you spent a week in Tenby.