HAVE you got a friend who’s buying a house and won’t stop banging on about it? Here are some tactics to stop them droning on for a bit.

Your friend will go quiet if you tell them an entirely fictional story about someone who bought a £175,000 house that had a dangerous form of dry rot that rendered it worth £0.00.

If you really want to fuck with them invent a house that turned out to be inhabited by the ghost of a witch who eats people’s eyeballs in their sleep, causing them to wake up blind and screaming.

Buy a bigger house than them

Expensive, but instantly knocks them back if you start wanking on about getting a koi carp pond. Note: This may cause you to hate yourself forever.

Volunteer for a homeless charity

All but the most shameless house obsessive will have to stop talking about it if you ‘casually’ drop into the conversation something like:

“Yeah, I was talking to Bob, the ex-Para, the other night. Wounded in the Falklands and all he’s got to show for it is a sleeping bag and rheumatism. So what were you saying about needing somewhere to put your mountain bike?”

Your friend did not know that a quiet suburb of Chester had a massive gang problem, not to mention the fact that it’s a red light district and there are plans to build a huge meat rendering plant. They do now.

It’s entirely possible they are so obsessed with buying a house they absolutely will not shut up. Hit them over the head with a brick, for the irony.

So what exactly is a 'tariff'? ask Brexit voters 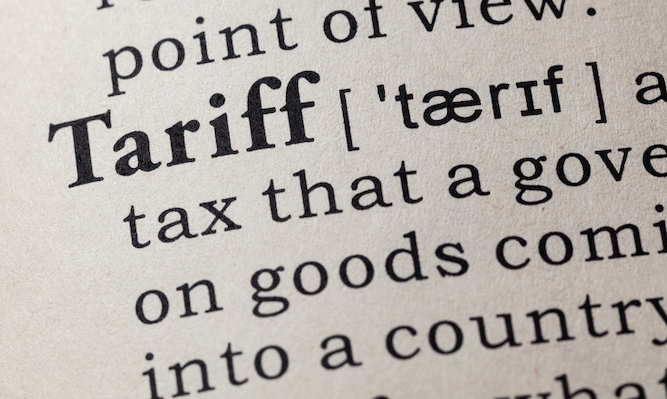 BREXIT voters have asked what a ‘tariff’ is after discovering the term this morning.

As Downing Street confirmed that Britain would apply zero import tariffs in the event of a no-deal Brexit, millions of Brexit voters said it sounded exotic and interesting.

Wayne Hayes, from Lincoln, said: “Is it like a mobile phone tariff? Do I have to give my phone to some French pervert?”

Eleanor Johnson, from Telford, added: “I was at a hotel once that a had a ‘tariff’. Are we importing hotels now? How do they get them on the lorries?”

She added: “I’m not sure about this, I’ll have to think about it. Still, at least it doesn’t have anything to do with jobs.”