'I wasted the best years of my life on Twitter': The future regrets of Generation Z

PEOPLE currently regret things like spending all their time at work, but in the future the young, online Generation Z will have its own problems. Such as these.

Gen Z loves Twitter. But most of the content leaves a lot to be desired: supporting causes only a bastard would disagree with, eg. racism is bad; obscure spats, eg. ‘Is Owen Jones a misogynist mansplainer?’; and endless mediocre jokes and memes. By 2052, scrolling through Twitter’s endless retweets will have frittered several years alone.

I was suckered into watching TV shows designed to never end

TV has always milked an idea, but with the current crop of streaming shows it’s incredibly blatant. No much-loved character will ever leave or die. After each series, everything will be back in equilibrium. If the 80s hit Edge of Darkness was a streaming show, Bob Peck would have ‘got better’ from his fatal plutonium dose and be investigating his fourth nuclear cover-up.

I took up a load of stupid Gen Z hobbies

Such as: knitting. A great way to discover the meaning of ‘labour intensive’ and Gen Z males can make a tiresome point about gender roles. The same survey into Gen Z hobbies lists meditation, which most people wrongly think is sitting quietly for 15 minutes, something highly disciplined Thai monks would dispute. It also mentions origami, so clearly not much has changed in the dull world of hobbies.

I spent a lot of time on Tiktok

Maybe you were the one miming to Adele, when viewers could just listen to Adele without your annoying presence? Or were you the dumbass who casually reveals they think bears are very big dogs? In terms of erudition, Tiktok is up there with flicking bogies at the bathroom door while you’re having a shit.

I didn’t make a difference due to doing everything online

It’s hard to change the world, but more so if your efforts are largely ‘clicktivism’. Online petitions are notoriously useless, and there’s a genuine suspicion that most ministers don’t know how to use a computer anyway. It’s worryingly easy to imagine Liz Truss saying: ‘Good morning computer. Did you have a good weekend?’ only to be met with silence yet again.

The worst zoomers think they really are a unique generation, not realising ‘Generation [insert letter here]’ is pure, unadulterated bullshit that gives journalists something to write about. Back in the 90s everyone was supposed to be a Gen X ‘slacker’. Fortunately no one’s life is as boring as Bodies, Rest & Motion.

Heatwave transforms Northerner into an Italian 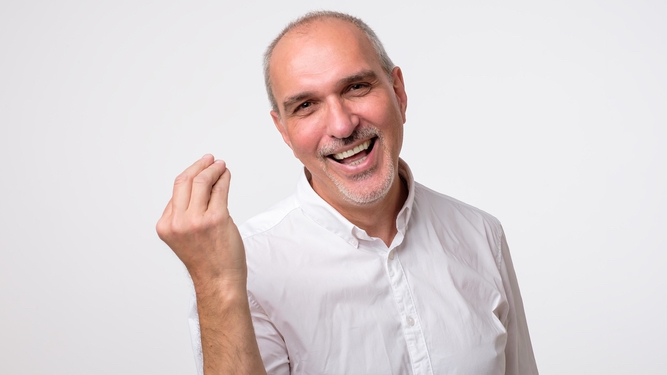 YESTERDAY’S high temperatures caused a man from West Yorkshire to morph into a hot-blooded Continental.

Tom Logan from Leeds was ordering a cheeky pint on his lunch break when he had an uncontrollable urge to ask for an Aperol spritz instead.

Logan explained: ‘Before I knew it I was eating olives instead of my usual pork scratchings and undoing my shirt buttons low enough to reveal my chest hair.

“I couldn’t stop shouting effusive greetings at people I knew, when a surly ‘Eh up’ normally suffices. I never even went back to the office, I just took the rest of the afternoon off. No particular reason, just ‘because’. And it felt like that was okay.

“My colleagues eventually found me sunning myself on a bench in Park Square, or Parco Piazza as I insisted on calling it, wearing polished leather shoes with no socks and flailing my arms around as I spoke.

“They suggested we kick a ball around to try and snap me out of it, but when I began flinging myself to the ground dramatically pretending to be injured, they understood I really was Italian.

“I haven’t quite reached the stage where I’m shouting, ‘Bella! Bellissima!’ at passing women, but I fear I’m not far off, and I doubt the women of Leeds will stand for that crap. Yeah, I’m pretty sure this ends with me getting punched.”