THE middle class would collapse into self-loathing without frozen food store Iceland to look down on, it has been claimed.

Researchers at the Institute for Studies found that mocking the cheap food outlet provides a vital ‘release valve’ for the reasonably well-off.

“The mockery is especially focused on the Iceland party foods range such as Mini Pink Custard Slices, Lasagne Bites and King Prawn Rings.

“Clearly anything called a King Prawn Ring is funny. But why has Iceland has become an obsession among society’s Waitrose tier?

“Our study found that middle class people are absolutely riddled with insecurity. They can barely make a hot drink without having an emotional crisis about the semantics of loose leaf versus tea bags, and the carbon footprint of turning on the kettle.

“Iceland is a safe anchoring point, something that can be ridiculed freely because it’s ‘unhealthy’ and not associated with a particular ethnic group.”

Architect Julian Cook said: “They have something called a ‘Mini Loaded Potato Skin’. Oh my god, I wouldn’t give that to my dog, it looks like a tiny UFO with leprosy.

“Thanks Christ it exists though, otherwise how would I know I’m better than millions of people?”

Mervyn King is an emo 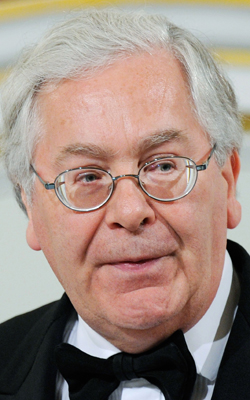 King confessed to being an ’emo’ after his latest bleak, depressive pronouncements on the state of the UK economy.

He said: “I’ve always felt like an outsider. Throughout my career, from being a professor at the London School of Economics to running the Bank of England, I never really fitted in.

“It was Ben Bernanke who actually introduced me to a band called My Chemical Romance.

“We were at a party for some government thing, I was like, ‘this is shit’, and Ben Bernanke said, ‘fuck these fake idiots, I’ve got a bottle of cheap vodka, and some music I want to play you, let’s go and sit in a bedroom.’

“He played me this track called Welcome To The Black Parade, it just blew me away.

“I was like, this is how economics makes me feel – like everything’s basically fucked and there’s no hope any more, that the only beauty lies in sorrow.”

“I saw him once in a club, dancing to Embrace with his glasses off.”