MEN across the world are celebrating International Women’s Day in the hope of having it off with a feminist.

As women remind each other of how very special they are, enterprising opportunists are lining up to say that today really is the most important day of the year.

Tom Logan, from Hatfield, said: “I’ve been thinking about my mother and all the sacrifices she made.

“How she was able to hold down a full-time job and be a full-time mum. She really is a kind of Superwoman.

“If it wasn’t for her, I would not be the man I am today. Can I get you another glass of wine?”

Martin Bishop, from Peterborough, said: “You know, a very wise and wonderful woman once said that the world would be a much better place if Lehman Brothers had been called Lehman Sisters.

He added: “I just think Harriet Harman is brilliant. Really feisty and brave.”

Meanwhile Roy Hobbs, from Stevenage, said: “You’re right, if women were in charge there would be no wars, because a woman’s instinct is to nurture and protect. Except for Margaret Thatcher, of course, but she had the soul of a man.

“Remember how Spitting Image used to show her wearing a suit? They got that right, didn’t they?

“Yeah, I’d love to come up for a cup of coffee. That would be really nice.”

Life is not some piece of shit film, women told

Children to be taught why women are out of their minds

Police cuts to hit areas where they don't do anything anyway 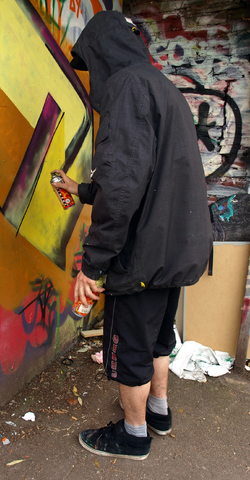 CUTS to police numbers will hit hardest in areas where the chances of them actually doing anything have always been remarkably slim, it has emerged.

The Association of Chief Police Officers said 28,000 jobs will be lost across England and Wales leaving dozens of lawless, inner-city hellholes exactly as they were.

A confidential memo, leaked to the Guardian instead of the Daily Mail for some reason, showed that 12,000 frontline officers will go along with the 16,000 cleaners who mop up the blood of young black and Asian men.

An ACPO source said: “We could just get rid of 12,000 fat, middle-aged desk sergeants who haven’t arrested anyone since the miners’ strike, but a lot of them know far too much about me and my early career.

“Or we could cut frontline officers in leafy suburban areas where there’s nothing to do all day except rubber stamp insurance claims.

“But I guarantee you as soon as we do thousands of middle class people with jobs, mortgages and golf club memberships would immediately start committing horrible crimes.

“Which means the only feasible option is to reduce the number of monthly patrols in Moss Side and Toxteth from one to one less than one.”

The cuts coincide with a review of police overtime and bonuses which found that policemen were taking the piss almost as much as doctors, teachers and Members of Parliament.

The source added: “Unfortunately none of this solves the problem of what we do with all the blood.

“I suspect they’ll just have to mop it up themselves once they’ve regained consciousness.”