Is your baby foreign?

THERE is a one-in-three chance that your infant is foreign, it has been claimed.

Following claims that the fuckedness of Britain is due to ‘overly fertile’ foreign mothers, the nation’s xenophobes have published further speculation on the unnatural breeding strategies of the invaders.

Tom Logan, co-author of Foreigners Are Descended From Fruit, said: “An Eastern European female can produce up to 68 offspring per year. That’s because they have nine wombs, like cows do.

“Because they’re too busy stealing our sub-minimum wage jobs to look after them properly, they switch them with British babies. Elderly foreign women – it would be considered politically incorrect to call them ‘hags’ but they could be interpreted as such – climb down our chimneys in the middle of the night, clinging onto the brickwork with their long hooked toenails, and replace our children with changelings.

“Then the British babies are sent back to their freezing cold, war-centric countries to work on building sites and shoot bison with machine guns while drunk.”

Logan, whose other books include Give Us Our Shit Jobs Back, outlined how to determine whether the child in your pram is foreign.

He said: “Although foreigner babies are similar to human babies, there are a few giveaways. First, they have a small disc of coarse black fur at the base of the spine.

“Some older, wiser, cultures have interpreted this as a ‘mark of the devil’ but that’s not for me to say.

“Also, if you hold their tiny hands against a VHS copy of Dad’s Army, the flesh will smoulder and burn.

“And they also have four tiny sharp teeth at the backs of their jaws, which evolved so that they can crunch up rodents.”

He added: “Actually the foreigner changelings can dislocate their whole lower jaws, like boa constrictors, which they tend to do when left alone with British babies so that they can swallow them whole.

“I hope that last fact doesn’t sound alarmist in any way. It’s just their nature.” 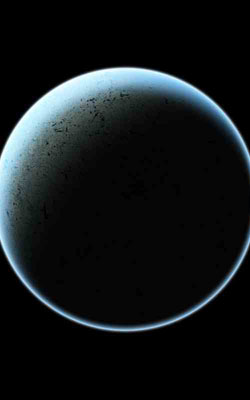 NEPTUNE, eighth planet in the solar system, spent its first birthday orbiting the sun ‘just like any other day’.

It has been one Neptunian year since the brooding orb was discovered in 1846, viewed by Sir William Herschel as it crossing the path of Uranus with a vaguely passive aggressive demeanour.

“Besides who’s going to travel 2788674210 miles out here to visit me on a school night?  Who cares if it’s a milestone birthday.

“I was absolutely fine stopping in with my moons which are better friends than planets anyway.”

The distant planet’s remarks have caused a ripple of disquiet in the solar sytem. Popular  planet Saturn said: “I feel awful about this, I just totally forgot, as did all the celestial bodies.

“This has absolutely nothing to do with us not wanting to schlep millions of light years for some poor quality wine and stilted conversation about how Ganymede’s not what it was.”

Neptune’s last guest was the spacecraft Voyager 2, which visited the planet in 1989.

Neptune said: “He was a lovely Spaceship Voyager 2. The type that would go to the ends of the universe for you.

“I invited him into my hemisphere,  but he muttered something about space traffic and said he had to head back.

“He’ll have sent me a card anyway, although it hasn’t arrived yet.

“I was surprised he didn’t text though.”