LARGE television sets have condemned their media portrayal as icons of consumerist stupidity.

“Why not a toaster? Or fridge? Or even some obscure back massager device? It’s because those things are seen as necessary household goods, where I am apparently all that is wrong with the world.

“But without large televisions, how would you be able to watch quality natural history programming and emotive-yet-balanced war reports in sufficiently high resolution?”

55” LG plasma Julian Cook agreed: “I can’t control who buys me. Naturally I would rather go to a nice Guardian-reading household that occasionally hooks me up to a laptop to watch something on Netflix.

“But it’ll probably be some fuckwits who love murder reconstruction shows on Tru TV.”

Victoria’s Secret models all nerds at school or some bullshit 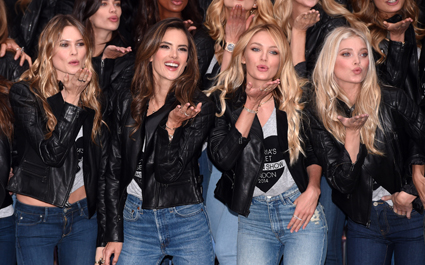 THE ridiculously good-looking lingerie models of Victoria’s Secret have confirmed that they were all quiet loners at school.

23-year-old ‘angel’ Susan Traherne said: “If you remember what school was like, literally nobody ever wanted to hang out with the really pretty girls with amazing skin.

“Bookish, plain people were far more popular and always got invited to parties. So it was, as you can imagine, a total nightmare.”

LA-based lingerie model Mary Fisher said: “I was definitely a geek and was into all the things that geeks are into, whatever they may be.

“I am not just saying that to appear normal and ‘relatable’. People in fashion are far too genuine to do that sort of thing.”