HARD-WORKING master bedrooms have spoken out against idle spare bedrooms that do nothing but claim benefits.

Following spare bedrooms’ legal victory against the bedroom tax, bedrooms that put in at least eight hours every night have demanded that something be done about their work-shy neighbours.

Bedroom Tom Booker said: “It makes me furious to see them lounging around in their polyester bedclothes, all ‘Oh yeah, I’m a bedroom too, I just can’t find anyone to sleep in me,’ curtains still closed at noon.

“Every night I’ve got people sweating and shedding skin cells all over me, not to mention the sex, but I don’t complain because it’s my job.

“I know some have it even worse – the kids’ bedrooms, or the teenagers’ bedrooms with the black paint, recreational drugs, and self-abuse – but I don’t see why housing an exercise bike and a set of golf clubs gives them the right to call themselves bedrooms.

“Being converted to a home office is too good for them, in my opinion.”

Spare bedroom Nikki Hollis, appearing on The Jeremy Kyle Show, said: “I would be a full-time bedroom if I could.

“It’s not my fault I’m small and a bit of an awkward L-shape.” 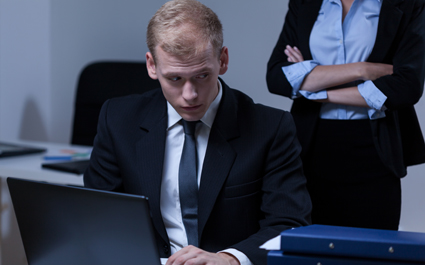 FAILURE is always an option despite what they tell you, experts have confirmed.

Researchers at the Institute for Studies found that people should add total failure to their list of acceptable outcomes in their work and personal lives.

Professor Henry Brubaker said: “We are conditioned to beat ourselves up about not succeeding at all the petty bullshit.

“I failed at getting some funding yesterday, and although I blamed nepotism and corrupt officialdom, I think it was really my lack of basic effort and inability to think of a good idea.

“But given that you will fail at most things, you might as well be cool with it. I fail about 20 times a day.

21-year-old dry stone waller Wayne Hayes said: “Today I built a wall but I fucked it up and it fell over.

“Now I’m just going to eat my sandwich and think about something else.”