THE UK government has been overthrown by a liberal elite junta headed by Guardian columnist Polly Toynbee.

After Nigel Farage’s exclusion from a television programme and the assassination of Jeremy Clarkson, elections have been suspended and traditional British common sense has been classed as hate speech.

Toynbee said: “We namby-pambies, we do-gooders, we pinkos have emerged from our ivory towers and hypocritically large houses to fill the power vacuum left by the downfall of the Chipping Norton set.

“From now on, you think only what our think-pieces tell you to think.”

Resistance leaders Rod Liddle and Peter Hitchens have gone underground using a secret network of national newspapers to continue bravely saying the things they say they are not allowed to say.

David Cameron has barricaded himself inside Downing Street, the Queen is guarded by Royalist forces in Buckingham Palace, and ordinary Britons have defied the coup by being openly racist.

Wayne Hayes of Reading said: “They know our weaknesses. They used our three phobias against us – Islamo, xeno and homo. 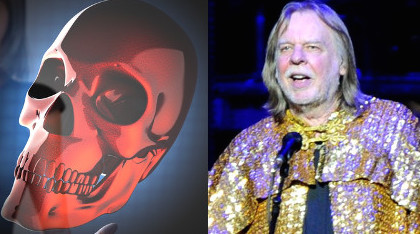 THE tomb of Richard III includes interactive features, holograms and the music of Rick Wakeman.

Leicester Cathedral unveiled the tomb promising a ‘fully immersive experience that will take you inside the mind of the controversial king – accompanied by an epic, prog rock soundtrack’.

The area around the tomb has pressure pads which activate a series of sound and light presentations depicting key moments from the king’s life, along with a series of thunderous, intricate keyboard riffs which the Bishop of Leicester described as ‘classic Wakeman, at the top of his game’.

Stepping closer to the tomb activates a hologram above the stone slab showing great actors portraying Shakespeare’s Richard III, followed by a short lecture from historian Dan Snow about how Shakespeare was ‘a tosspot’.

A series of holograms then appear in sequence around the tomb, showing the king’s bones coming together before the completed skeleton sits at a drum kit and accompanies Wakeman as the music reaches a monumental climax.

The Bishop of Leicester added: “We have one goal – to blow your mind.”