London couple who ‘don't need a car’ want a lift

A COUPLE from London who insist they do not need a car have asked for a lift.

Tom Logan and his girlfriend Eleanor Shaw live in East London and rely on trains and Ubers to get around, believing that cars are wasteful. However they really need a lift to a wedding near Portsmouth on Saturday.

Shaw said: “Living in London gives you a different perspective on transport. It makes you realise that having your own car is simply unnecessary, not to mention terrible for the environment.

“That said, we could really do with being picked up from Portsmouth station around midday on Saturday.”

Logan added: “Owning a car is a British obsession we just don’t buy into. We’re so well served for transport links where we live, we really have no need for a car – except for every time we leave London.

“In the provinces, we have to rely on the kindness of family, friends and sometimes even strangers to give us lifts, much like children being taken to after-school activities.

“We don’t give people petrol money though, preferring to operate a vague barter system.”

All dogs on dog Tinder 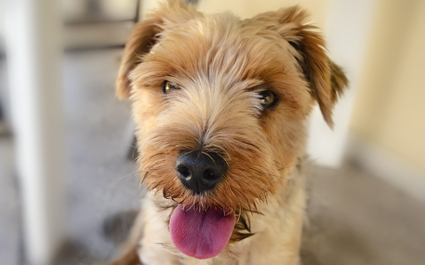 DOGS are using social media for no-strings hookups with other dogs, it has emerged.

Experts believe that all dogs are using dog phone apps to meet fellows dogs for secret liaisons, often under their owners’ noses.

Stephen Malley, a golden retriever, said: “I use Doggr to meet other dogs who I might like to casually hump while I’m out and about.

“I’m in a committed relationship with a chew toy, but there’s such a thrill about meeting some anonymous dog in the park and just going at it in the bushes.

“I like to have my owner with me in my profile picture, because it shows I have a sensitive, affectionate side, and bitches love that.”

Professor Henry Brubaker, of the Institute for Studies, said: “We believe users of Doggr only ever swipe right, whether they’re looking at a picture of a dog, an armchair, a human leg, or a cat.

“We have also identified dog Uber, which involves lying down and whining until you’re picked up and carried home.”