Man annoyed girlfriend has beaten him at shagging

A MAN is in a mood because his girlfriend has managed to have substantially more sexual partners than him.

Nikki Hollis casually mentioned she had slept with 16 people compared with Tom Logan’s seven, despite him spending most of his single life trying to be promiscuous.

Logan said: “I don’t think Nikki’s a slut or anything, I just feel I should be the laddish one who’s shagged around. Over the years I’ve probably wasted 20 grand in clubs trying to get laid.

“In a way Nikki’s cheated by being a woman, because men will usually have sex with anyone, whereas women are more picky and therefore harder to pull.

“I’ve spent years pretending to enjoy myself in shitty clubs with rip-off drinks, and now it turns out my girlfriend could get shags easily. Next time we go out she can pay for the drinks. It’s only fair.

“Also I’m worried she’ll think I’m not in her league and dump me. That’s really heartless, chucking someone for being crap at pulling other women.”

“I thought it would be fine for two adults to have a mature conversation about our sexual histories, but then I remembered Tom is a man.”

Guardian reader dad vows to get family through halloumi shortage 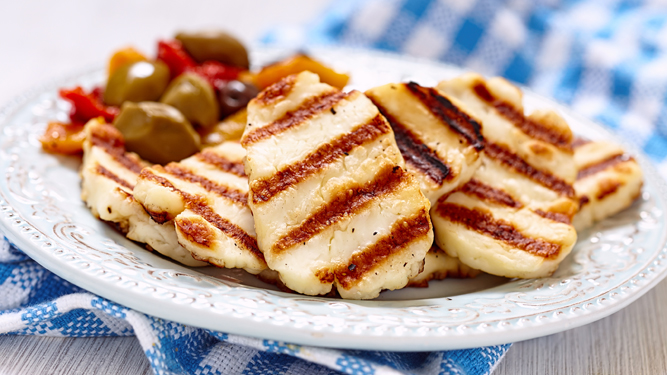 A MIDDLE-CLASS man has vowed to do “whatever it takes” to make sure his family survives the current halloumi cheese shortage.

Accountant Norman Steele assembled his frightened family and assured them they would not go without the Cypriot hard cheese, even if it means breaking the law.

Wife Rebecca said: “Thank god Norman’s going to look after us. We’ve got vegetarians coming to our garden party and there just isn’t another cheese you can put on the barbecue.

“Also Persephone’s going through a vegetarian phase again and it’s already hard enough cooking for her without halloumi in the fridge. It’s a nightmare that never ends.

“Norman raced round all the local supermarkets in the Volvo and bought all the halloumi he could find. He took a squash racquet in case he had to fight off other shoppers.

“Then he stayed up all night researching alternatives like feta baked in foil. There was a look of steely determination on his face I’d never seen before. We had incredible sex that night.”

Steele said: “I’ve bought a ski mask and pickaxe handle in case I have to hold up the artisan cheesemonger’s. A man’s gotta put versatile Mediterranean goat’s cheese on the table.”