A MAN who endured agonising small talk with the cashier at his local shop has been forced to find a new place to buy essentials.

Julian Cook only wanted a pint of milk from his local corner shop but found himself locked in a conversation about the news, football and whether there were ‘enough hours in the day’.

He said: “I did everything I could to avoid getting trapped in an awkward chat about nothing. I was frowning, had my headphones in, and I wasn’t making eye contact with anyone.

“But then I got to the checkout and the woman serving me asked how I was. Everything spiralled out of control from there. Before I knew what was going on I was agreeing that it had been ‘a bit too muggy’ lately.

“Soon we’d discussed our weekend plans, how well Team GB is doing in the Olympics, and whether we’d be able to go abroad this summer. The whole thing was a horrific nightmare.”

Cook, who has already begun hunting for a new shop with unfriendly and monosyllabic staff, added: “I can’t ever go back there. How can I shop in peace knowing that someone could strike up a conversation with me at any given moment?”

Cashier Donna Sheridan said: “He paid for his sodding pint of milk with a handful of coppers. I deliberately chat to people like that so they piss off and never return.” 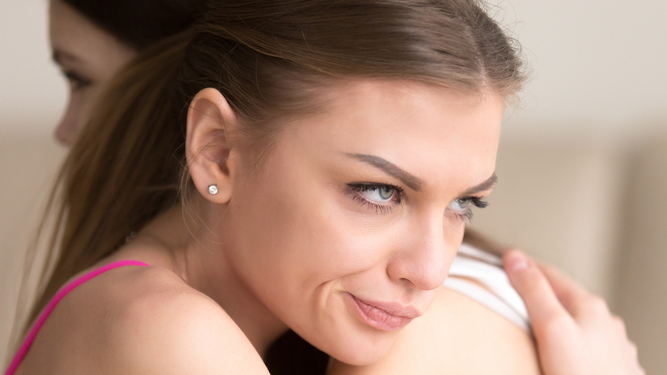 PASSIVE-AGGRESSIVE people don’t have the balls to be out-and-out bastards. Here’s the bitter truth behind their most popular lies.

‘Good to see you’

This couldn’t be further from the truth. In reality the passive-aggressive person vomited in their mouth as soon as they clapped eyes on you, but they don’t have the moral fortitude to give you a wide berth or pretend they’ve got somewhere else to be. They meant to say: ‘Talking to you for two minutes was torture.’

This will be dropped into conversation even if you’re talking about something completely unrelated like a big duck you saw. Sure it sounds nice, but don’t be fooled. This is a conversational broadside dressed up as a compliment, and you’ll spend the evening looking at yourself in the mirror trying to notice your apparent weight loss.

It’s hard to believe this lie when it’s being spat out by a pouting adult having a big sulk. Of course they’re actually furious with themselves for f**king up something basic, but admitting so would damage their fragile sense of self-superiority. They are indeed mad, both emotionally and in terms of sanity.

Translation: ‘If I never have to do that again for the rest of my life I will die happy.’ An easy lie to spot because it will be said with the clipped, flat cadence of a dentist asking you to open your mouth a bit wider. This will be used to describe weddings, baby showers, and graduation ceremonies.

‘We should do this again soon’

This lie requires a monumental amount of stamina. There’s nothing a passive aggressive person would like more than to cut you out of their life and claw your face as a leaving present, but they will squash this urge and remain in your life for decades. Nobody knows why, maybe it’s the ultimate way of making your life hell?