A PARTY has ended in humiliation for the host after a much better musician picked up his guitar.

Guest Nikki Hollis said: “Someone said ‘Cool guitar!’ or something, so Tom played a few chords briefly. I think it was Mr Tambourine Man but he’s not very good so it was hard to tell.

“Then Martin asked if he could have a go, which was bad because he’s a proper musician who does music for TV programmes and went on tour with someone quite famous once, maybe The Cranberries.

“Martin started playing all this amazing stuff and Tom had to sit there pathetically, like a man watching his beloved wife respond in ecstasy to the lovemaking of a skilled and virile seducer.

“He did all these tricky songs, but he may as well have just sat there playing E major and singing ‘You are shit, Tom, you are shit.’

“It went on for 40 minutes, during which Tom had this tragic false smile and looked as if he might cry. So while Martin may be able to play Metallica’s Master of Puppets he is definitely an arse.”

Logan’s guitar has now been moved from the living room to his bedroom because it was ‘in the way of a plug socket’.

Houses to be sold at checkouts to encourage impulse buyers 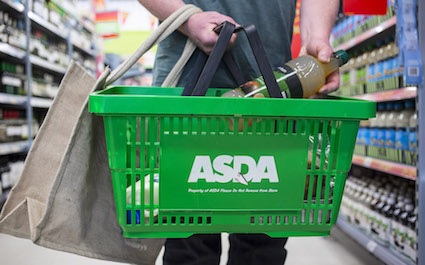 PROPERTY is to be placed in eye-catching displays at supermarket and garage tills to encourage impulse home ownership, the government has announced.

Home ownership in England has hit its lowest rate for 30 years because, experts believe, they have not been marketed aggressively in eye-level displays in reward zones.

Marketing consultant Julian Cook said: “I look in an estate agent’s window and I see ugly photographs of houses with short typewritten descriptions like something out of communist Russia.

“You want houses to move, you’ve gotta sell that shit. Put them in the golden zones with a decent two-for-one offer, listing the original sky-high RRP so buyers think they’re getting a bargain.

“Sell them as a treat. Tell the punters they deserve a Manchester apartment after the tough week they’ve had and it’ll be in the trolley no matter what the price.

“We’re also leveraging pester power, telling kids aged six or over they should really have a two-bed terrace in Sunderland by now, and wives they need a second semi-detached for best.”

59-year-old Norman Steele of Mansfield said: “Cheeky three-storey Edinburgh townhouse on a Tuesday night? Don’t mind if I do.”