Man realises all his older relatives are fascists

A MAN’S older relatives who seem quite nice all agree with Trump and have worryingly fascistic views, he has discovered.

Office worker Tom Logan’s ageing relatives are surprisingly keen on policies such as travel bans on Muslims, building a massive wall around Britain and introducing the death penalty for shoplifters.

“Uncle Bob agrees and thinks we should start deporting people and have big compulsory meetings where everyone wears Victorian outfits and sings patriotic songs about the empire.

“It’s quite disturbing because I thought they were more into gardening and coach trips than secretly planning the dictatorship out of V for Vendetta.

“Then there’s my mum, who’s obsessed with bringing back capital punishment. That’s not massively unusual, although showing public hangings on The One Show definitely is.

“Even nice old grandma Reeves is terrifyingly xenophobic. I didn’t even know people were genuinely prejudiced against the Welsh until she told me they’re all thieves.

“I’m dreading our next family meal out because the waiters must think we’re setting up some new neo-Nazi organisation.” 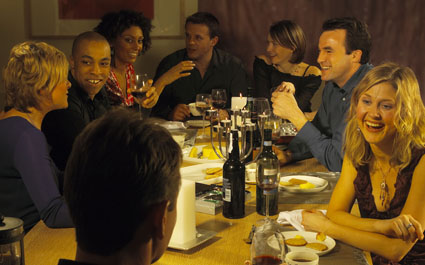 A GROUP of middle class people sitting in a fancy house all genuinely think they are actually working class, it has emerged.

Tom Booker, his partner Carolyn Ryan and their annoying friends began the discussion over a dinner of cauliflower steaks from the Ottolenghi cookbook, when Tom opened a bottle of Newcastle Brown Ale.

Guest Martin Bishop said: “Tom took a big swig and belched, then looked at the bottle and said ‘Ah, the taste of home’. I pointed out that he was born in Cambridge but he said his parents met at university in Durham, so he was technically a ‘reet Geordie’.

“Then Carolyn started talking about how her first job had been as waitress in a greasy spoon, and Nikki chimed in saying that wasn’t exactly like working ‘down t’ pit’, like her great-grandma’s uncle had to do.

“Helen told us that her parents live on a farm, but we all know it’s actually a glamping site with flashy wooden hot tubs.

“At the end of the night I made a big fuss about leaving early to return to my council flat in Hackney. I’ve had it extensively remodelled and it’s worth several hundred grand, but I’m still a proper Cockney like Jamie Oliver.”