Rugby fan claims there is rugby on

A RUGBY fan has insisted that a big rugby event is currently taking place, despite nobody having heard anything about it.

According to Stephen Malley the event, which he claims is called the ‘Six Nations’, is taking place here in the UK at this very moment, despite a total lack of evidence.

Colleague Susan Traherne said: “I think I’d notice if a major international sporting tournament was taking place in my own country. I’m not blind.

“According to him England beat France last weekend, but I went out and there was a distinct shortage of jubilation and flags and beer offers in the supermarket and all the usual shit.

“He says it was on the BBC, when everyone knows sport’s only on Sky, and that England are tipped to win, which is such obvious bollocks I couldn’t even be bothered to respond.

“I think he’s got it confused with the Superbowl. Sad really.”

Malley said: “No, really, it’s happening now, and it’s incredibly exciting. Why won’t anyone believe me?” 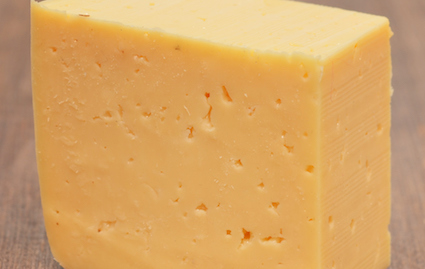 A BIG block of extra mature cheddar has proven itself weak and helpless in the face of one fearless man.

Wayne Hayes took on the slab of tangy Davidstow last night after work and did not relent until all 350 grammes of it was obliterated.

Hayes said: “It was on offer in the supermarket, just staring up at me like the weak little dairy oblong it was.

“After breaking it open at the bus stop, I attacked it with some crisps and crackers at home and then finished it grated over pasta for my dinner. It was almost too easy.

“Cheese can’t beat me. While there are blocks of strong-tasting but creamy cheese in the world, it is my duty to destroy them in the only way I know. Orally.”

Hayes’s wife, Laura, said: “While he was cooking dinner, Wayne was just breaking bits off and chucking them into his mouth.

“I don’t think I’ve ever seen him use the resealable function on a pack of cheese.”

Hayes added: “I’m not a hero, I’m just an ordinary guy who sees a tangy yellow lump and wants it gone.”