A WOULD-BE good Samaritan is theoretically up for buying a homeless person something to eat.

After ignoring Malley, Steele said: “You can’t give them money because they only spend it on smack.

“The sensible thing to do is to go and get them a sandwich and a drink, like the homeless equivalent of giving someone a book token.

Steele’s girlfriend Susan Traherne said: “Seeing as Norman seems to have this all worked out, you’d have thought the ideal time to put his philanthropy into practise would have been when approached by a homeless person who claimed to be hungry.

“But Norman just averted his eyes and quickened his pace. Maybe the ‘sandwich gift theory’ is part of a bigger strategy of slightly patronising charity work.”

Homeless person Stephen Malley said: “I will accept any donations, however condescending.”

New cookery show based on bringing in junk food 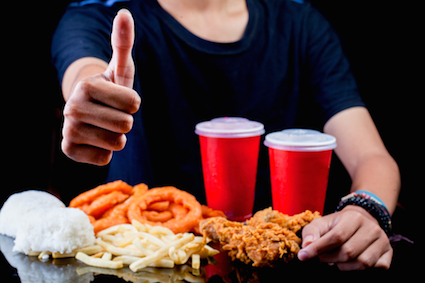 A NEW cooking show will see contestants compete by bringing in their favourite junk food.

Producer Donna Sheridan said: “There will still be plenty of drama. Will Ian’s seven-layered Big King Sandwich topple over on the way to the judging table? Will Gillian devour her box of 20 McNuggets before the judges get a chance to taste them?

“These are people who love food, but have chosen to live their lives free of cutlery.”

Contestant Tom Logan said: “I’ve pulled out all the stops with my Domino’s 12-inch Mighty Meaty by ordering potato wedges and Chicken Strippers on the side, as well as a bottle of Dr Pepper and a bottle of Sprite.

“I’m up against a lovely woman called Sue who brought in a 14-piece KFC bucket with loads of extra sachets of salt, which I thought was a clever touch.”

He added: “There’s also a guy who brought a Happy Meal with a rare Finding Nemo toy, which I think is cheating because he’s a trained McDonald’s server with two stars.”