A MAN fears he will never feel clean again after finding a strange car parked directly outside his house.

Joseph Turner, from Peterborough, was forced to park just around the corner and suffered a humiliating 30-yard walk to his front door with lots of people staring at him.

He said: “It was a red Ford Focus, just sitting there in violation of every unwritten law of home ownership.

“If it had been parked carelessly – one tyre on the pavement, one off – then I might have felt able to call the police, but it was a textbook park, one-and-a-half inches from the kerb.

“I burst in, ready to accuse my wife of having an affair, but she was red-eyed and crying in the kitchen, helplessly asking me how this had happened.

“By the time we’d comforted each other it was gone, driven off as if it had never been there, but I see it my nightmares.”

He added: “I thought I was safe, but I guess none of us ever truly are.” 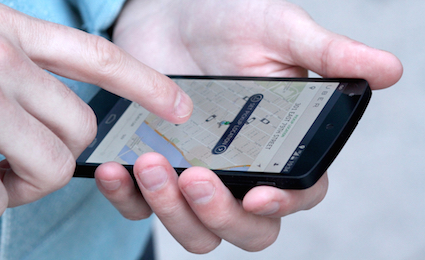 BRITAIN’S townsfolk have asked their sophisticated, city dwelling cousins to just shut it about Uber.

From Taunton in the west to King’s Lynn in the east and Fort William in the far north, the simple denizens of small and medium sized towns have warned that they do not want to hear another word about this frigging taxi app.

Bill McKay, from Shrewsbury, said: “Just stick to twatting about wherever the hell it is you live without filling my newspaper with all this bollocks.”

Susan Harris, from Wetherby, added: “It’s either ‘Oooh, look at me, I’m very trendy with my Uber’, or it’s ‘oooh look at me, I don’t use Uber because black cabs are the very essence of London’.