A MAN who thought a conversation about ‘period poverty’ needed his ill-informed opinions has been told in strong terms it did not.

Stephen Malley joined the workplace discussion after seeing a packet of sanitary towels on sale in Tesco for 25p and therefore assuming he was an expert on the costs of menstruation.

Amongst other opinions, Malley announced that women who could not afford to buy sanitary protection had probably spent all their money in nail bars and on Lambrini instead.

Colleague Nicki Hollis said: “We tried telling Stephen that a 25p sanitary towel was about as much use to a woman in full flow as using a flannel to mop up a river.

“That didn’t stop him telling us free sanitary protection was ‘woke lefty b*llocks’ and that women managed without tampons in medieval times, as if that was a useful contribution.

“At that stage we knew he was just a massive b*llend and told him in a variety of ways he could f**k right off.”

Malley said: “I thought telling them to use bits of ripped-up bed sheets was good advice. It’s free and environmentally friendly, if you wring them out.” 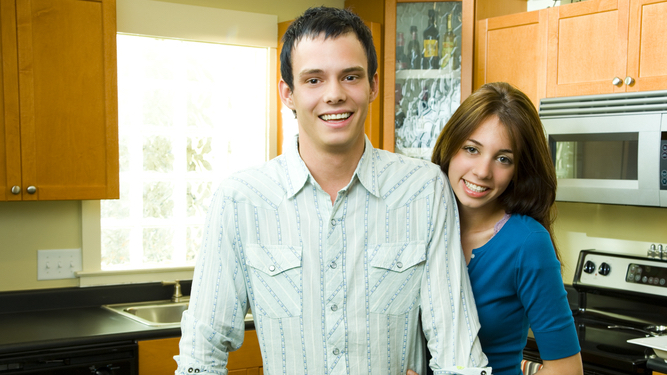 A KITCHEN with a twee little sign saying it is used for dancing is mainly used for getting hammered on Shiraz.

Francesca Johnson and Martin Bishop also use their kitchen for drunken arguments and leaving passive-aggressive notes about taking the bin out, but no actual dancing has taken place to date.

Johnson said: “The sign we have on the wall suggests we lead a life similar to Jamie and Jools Oliver where we prepare delicious meals whilst bopping around ecstatically to ‘Happy’ by Pharrell.

“The reality is very different. The closest I’ve got to dancing is swaying around to ‘Back To Black’ whilst necking a bottle of gin and consoling my friend about her divorce by telling her all men are scum.

“Martin smashed six mugs while listening to ‘Mr Brightside’ recently but I don’t think he was dancing, just trying to find the cooking sherry after getting home wasted after a night out.

“We might possibly have a dance in the kitchen tomorrow, but it’s more likely we’ll drink three bottles of wine and argue about filling the dishwasher.”