Men consider emotional investment in things other than sport

MEN are considering whether to start having emotions about things that are not sport.

Following England’s early departure from the World Cup, men are looking at a variety of new options for their emotional investment, including human relationships and insects carrying heavy objects.

Father-of-two Tom Booker said: “For all my adult life, I’ve put my entire emotional capacity into the proximity of a leather-covered sphere to some wooden posts.

“But this seems to be fraught with disappointment, time and again I am left feeling empty inside, while the footballers themselves don’t seem to care less about me.

“Maybe I should have emotions about my wife and children instead?

“Although they seem relatively unexciting I do share a house with them. They might even give me some emotions back.

“There are plenty of other things to get emotional about though, like for example the moon. Last night I cheered at it when it came out, shouting ‘Come on the moon!’, that felt pretty good.

“I could calling myself a moon fan.”

43-year-old Bill McKay said: “I feel like football has been an outlet for the passion and energy I should have been putting into my marriage.

“But before addressing that I’ve got to yell encouragement at the ant carrying a big piece of leaf across the lawn.” 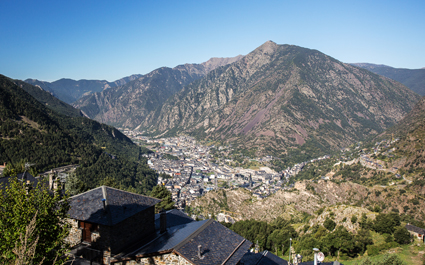 THE government is planing to invade the tiny nation of Andorra to rebuild national pride.

Hoping to erase memories of England’s World Cup campaign and rugby defeats against New Zealand, a plan has been drawn up to conquer the landlocked nation, which is rich in ski supplies and cane furniture.

A government spokesman said: “For years the Andorrans have been our bitterest enemies, flaunting their wool clothing and energetic folk dances.

“Seeing our tanks roll through the streets of whatever their capital is called will be better than any sporting trophy.

“The World Cup is shit anyway, it looks like an alien holding a satsuma.”